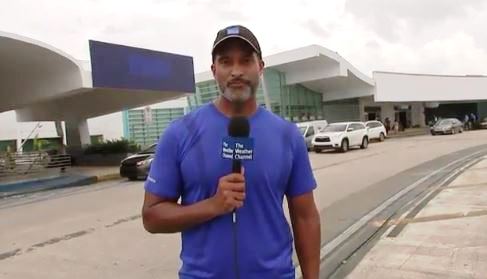 The Weather Channel has a new owner, and experienced a solid 2017 on the ratings front, posting high-single digit growth when roughly 70 cable networks posted audience declines from 2016.

Yes, 2017 a year filled with wild weather events contributed to some of that audience growth, but weather, as TWC svp of programming Nora Zimmett explained at a New York press breakfast on Thursday, “is DVR-proof.”

“There are three categories that most people can’t do without: ‘News, sports and weather, and we own an entire category,'” Zimmett stated.

“Other networks might feel it’s too political or third-rail, but we’re scientists and we deal with data,” said Goodloe. “We look at the numbers and the climate is changing and our storms are getting more extreme.”

Goodloe also stressed that no one is immune from the weather. People can do without ESPN, or CNBC, or other cable news networks, Goodloe says, but weather impacts everyone’s lives.

“There is not one person I can think of, regardless of ethnicity, religion, or gender, politics, no one can escape from the weather,” said Goodloe. “We talk about the weather and we give it to you in ways that you can use it, and we give you commentary, analysis, and advice that you can’t get necessarily get on an app. We take the data and we tell you how it’s going to impact your life.”

TVNewser: You’re a journalist and meteorologist first and foremost, but you’re also a human being. When you’re on the ground and reporting from a disaster zone, how do you separate the two?

Goodloe: It’s tough. Puerto Rico was really tough. After Hurricane Irma and before Maria, there were people still trying to get their power back. And Irma didn’t even hit Puerto Rico head on. I’m seeing what’s happening on the island due to Irma, and then I’m seeing Maria approaching…it was very difficult. They say Maria was a category 4, but it was really a 4.9. It devastated the area. We went down, and we had our food and water and supplies. We were OK. But the people we met who were suffering with this were actually offering us their food. We of course said “no,” but we also didn’t want to be insulting. It’s tough just reporting the facts and the story when you see people in need. Every time I could, when I was not busy with a live shot, I would help them. I had to pitch because I have a heart, I’m a human. It’s impossible not to get caught up in these stories when they impact people.