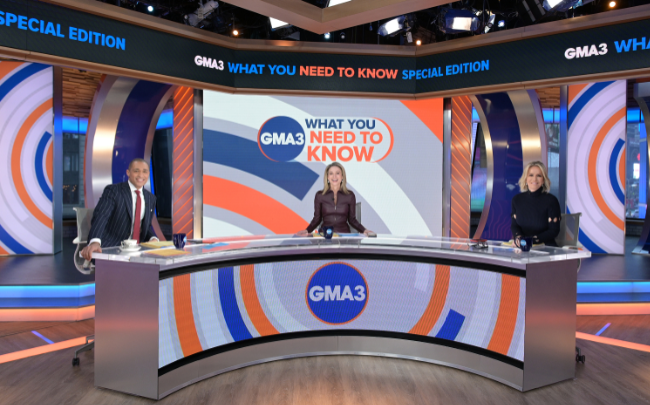 Thursday marked the one year anniversary of GMA3: What You Need to Know, a midday program that was launched in order to help daytime audiences navigate through the outbreak of Covid-19 at a time when many Americans were confused and searching for answers.

On weekday afternoons over the past year, ABC News chief medical correspondent Dr. Jen Ashton has delivered the latest lunch hour updates on the pandemic and answered viewer questions about the novel coronavirus, while co-anchors Amy Robach and T.J. Holmes have interviewed a wide range of officials about the pandemic. In fact, the anchor trio have interviewed 28 governors to date, and dozens of other local government officials.

In-depth coverage of the pandemic had been the primary focus of GMA’s What You Need to Know hour from its March 2020 launch through the summer. However, Robach and Dr. Ashton were joined by Holmes in the fall, and the show evolved to include coverage of America’s racial reckoning, as well as coverage of the 2020 presidential election.

The third hour of Good Morning America launched in September 2018 as GMA Day, replacing The Chew in the 1 p.m. ET hour. Michael Strahan and Sara Haines were tapped to co-host GMA Day. A few months later, the name was changed to Strahan & Sara, which, according to the news division, was done “to place an even stronger focus on its hosts.” Strahan and Haines were later joined by Keke Palmer, and the name was changed to Strahan, Sara & Keke.

Strahan, Sara & Keke was scrapped at the beginning of 2020, and would end up being replaced by Covid-19 updates in the 1 p.m. ET/12 p.m. CT/PT hour, which eventually became GMA3: What You Need to Know. 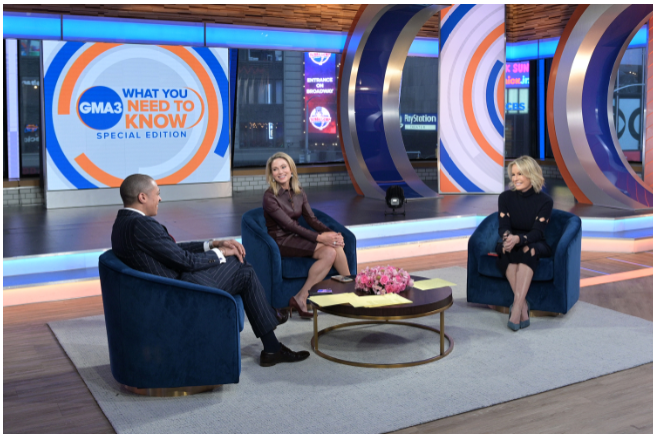 “We know that viewers are hungry for more news coverage that fits their lifestyle,” says executive producer Catherine McKenzie, who has been overseeing GMA3 since launch and was officially named EP in July. “This show although borne of the pandemic aims to satisfy a few things. What does our audience need to know? Now, that’s different every day. Sometimes it’s the latest on the pandemic, other days that’s been election news or Monday it was the Oscar nominations.”

McKenzie says the show has been successful in part because the hosts have great chemistry and they’re great friends, both on and off-screen.

“Jen has steadfastly been a trusted voice throughout the pandemic on any and all medical news, Amy’s authentic straightforward style of journalism is able to shine through and T.J.’s natural curiosity and easy going questioning style allows the viewers to see sides of our guests they don’t see on other shows,” said McKenzie. “We’ve also had two things as our north star—we aim to give hope and inspiration along with our news coverage and we’ve committed to showing a diverse group of guests and experts that mirror the rich tapestry that is the makeup of America.”

There is light at the end of the tunnel. When the pandemic is behind us, will GMA’s third hour return to lighter fare, or will ABC stick with straightforward news?

“As the pandemic evolves and more become vaccinated the show will keep to our mission, which is giving viewers ‘what they need to know’ to make living their lives a bit easier. And on any given day that’s different. Some days it will be what’s happening in D.C., other days that’s the latest on how to get your child ready for the new school year,” said McKenzie. “As we continue to evolve, we hope to do even more in-depth interviews and more lifestyle segments to help people live fuller, better lives.”