NEXT:Eric Bolling Has a New Show
PREVIOUS:Sinclair Is Reportedly Set to Go Toe-to-Toe With Fox News 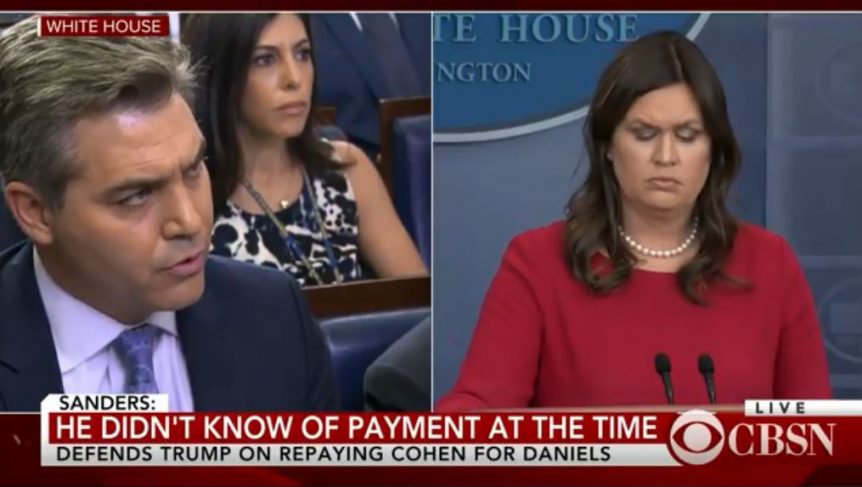 "We give the very best information that we have at the time," @PressSec tells @jonkarl on revelation of Pres. Trump reimbursing Michael Cohen, despite previous statement that he had no knowledge of the payment. "This wasn't something that was initially known, but later learned." pic.twitter.com/N7RTwJZUlz

And here’s CNN’s Jim Acosta asking about what Sanders was aware of, and when and whether she lied about it, or was just in the dark:

Sanders on whether the White House was in the dark about the Stormy Daniels hush payment: "I've given the best information I had at the time" https://t.co/DbHHCVkdjK

And here’s a bit of the exchange between April Ryan and Press Secretary Sanders about Rudy Giuliani’s admission on Fox News last night that opened up this new can of worms:

.@AprilDRyan "Did Rudy Giuliani do harm to the president in his conversations to Fox?" @PressSec "I don't believe so."

Ryan: "You were blindsided…"

Sanders: "With all due respect, you don't know much about me." pic.twitter.com/3CYSzaPyra