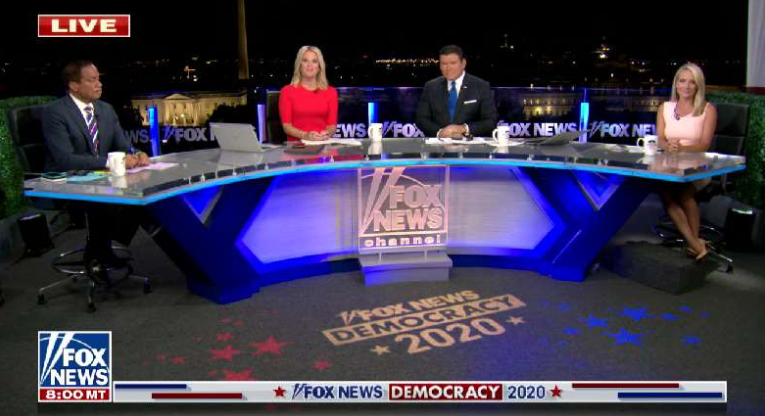 *Nielsen update (6 p.m. ET): According to final live-plus-same-day data from Nielsen, the opening night of the 2020 RNC drew 17 million total viewers across 11 networks during the 10 p.m. hour. That’s up from the 15.8 million viewers across six networks reported earlier today.

Night 1 of the convention was carried live from Charlotte, N.C., Washington, D.C., and remotely from venues throughout the country. The night featured speeches from former U.S. Ambassador to the United Nations Nikki Haley and South Carolina Senator Tim Scott.

The opening night of the 2020 Republican National Convention was a more toned-down affair than many expected, featuring a number of speeches from Republican politicians, friends and Trump family members, augmented by some feel-good taped segments featuring President Trump and first responders.

What type of audience did the event garner?

Per fast national data from Nielsen (which will be adjusted up later today), the opening night of the 2020 RNC averaged a total of 15.8 million total viewers across six Nielsen-measured English broadcast and cable networks: CNN, MSNBC, Fox News, NBC, ABC and CBS. This total does not include streaming viewership figures, non-Nielsen-measured networks (like C-SPAN) or the Spanish-language broadcasters.

Opening night of the 2016 Republican National Convention averaged 22.8 million viewers across those six aforementioned networks, meaning the year-over-year trend was down 31%.

While the RNC’s 15.8 million opening night total will be adjusted up when additional data rolls in later today, it’s highly unlikely that it will approach 19.7 million the DNC captured on its opening night.

While viewership for opening night of the DNC was relatively widely distributed across the various networks carrying the proceedings, RNC viewership primarily took place on Fox News.

FNC averaged 7.06 million total viewers and 1.57 million adults 25-54 during the 10 p.m. ET hour, which was the common coverage period. No other network came anywhere close to that figure. In fact, that 7.06 million figure is a cable news record as far as convention coverage goes. FNC averaged more viewers than ABC, CBS and NBC combined.