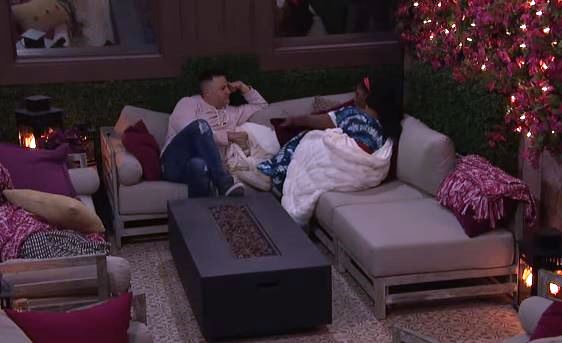 There were certain things Omarosa Manigault couldn’t tell Michael Strahan in her first post-White House interview back in December.

Matthews and Manigault are among the houseguests is CBS’s first-ever Celebrity Big Brother which debuted last night on CBS.

“Should we be worried?” Ross asks Omarosa about the state of the nation. She nods and adds, “It’s gonna not be okay. It’s not.”

Manigault was relieved of her role as director of communications for the White House Office of Public Liaison on Dec. 13.

On last night’s episode, Matthews seemed shocked when he found out Omarosa had been cast in the show. “When people asked me who I didn’t want to see in the house, my answer was Omarosa. I can’t do negativity and toxicity,” he said.

But now they seem quite chummy. WATCH: