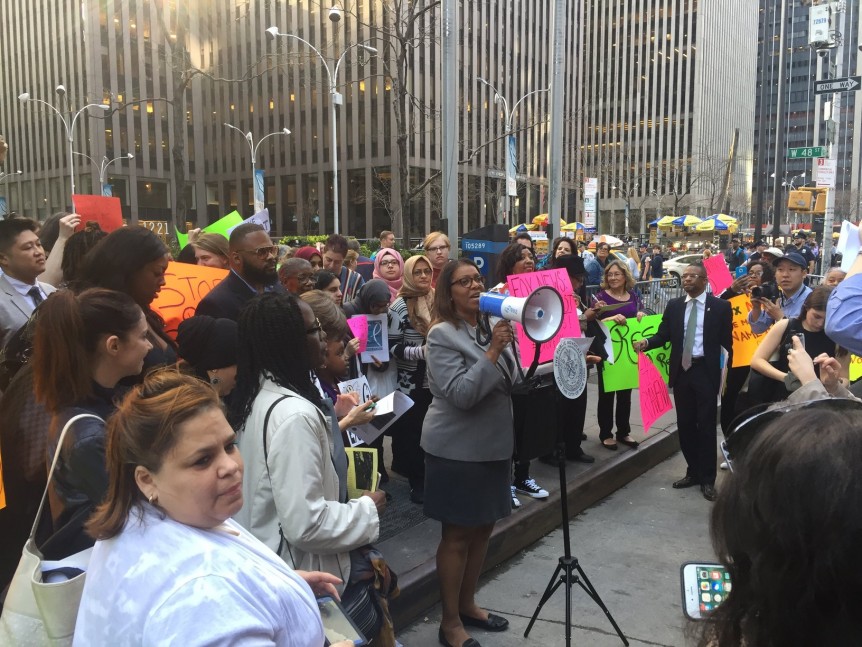 The Public Advocate–an elected position that is first in line to succeed the Mayor–led a passionate, peaceful protest in front of the News Corp. building, home of Fox News Channel, just as thousands of New Yorkers left their midtown Manhattan offices for the day.

James was joined by approximately 50 protesters voicing their displeasure with Bill O’Reilly, and with Fox News for “being a place where alternative facts have given way to alternative standards of behavior.”

“Hey, hey, ho, ho, Bill O’Reilly has got to go,” was the most prominent chant.

“Fox News is a place where individuals of color have been humiliated and embarrassed because of the color of their skin,” James proclaimed, referring to allegations of racist behavior in the workplace exhibited by former Fox News finance executive Judith Slater.

I’m also offended that Fox News would allow a type of work environment that’s so hostile to women and to people of color. It’s truly unacceptable that this exists, especially in the City of New York.” 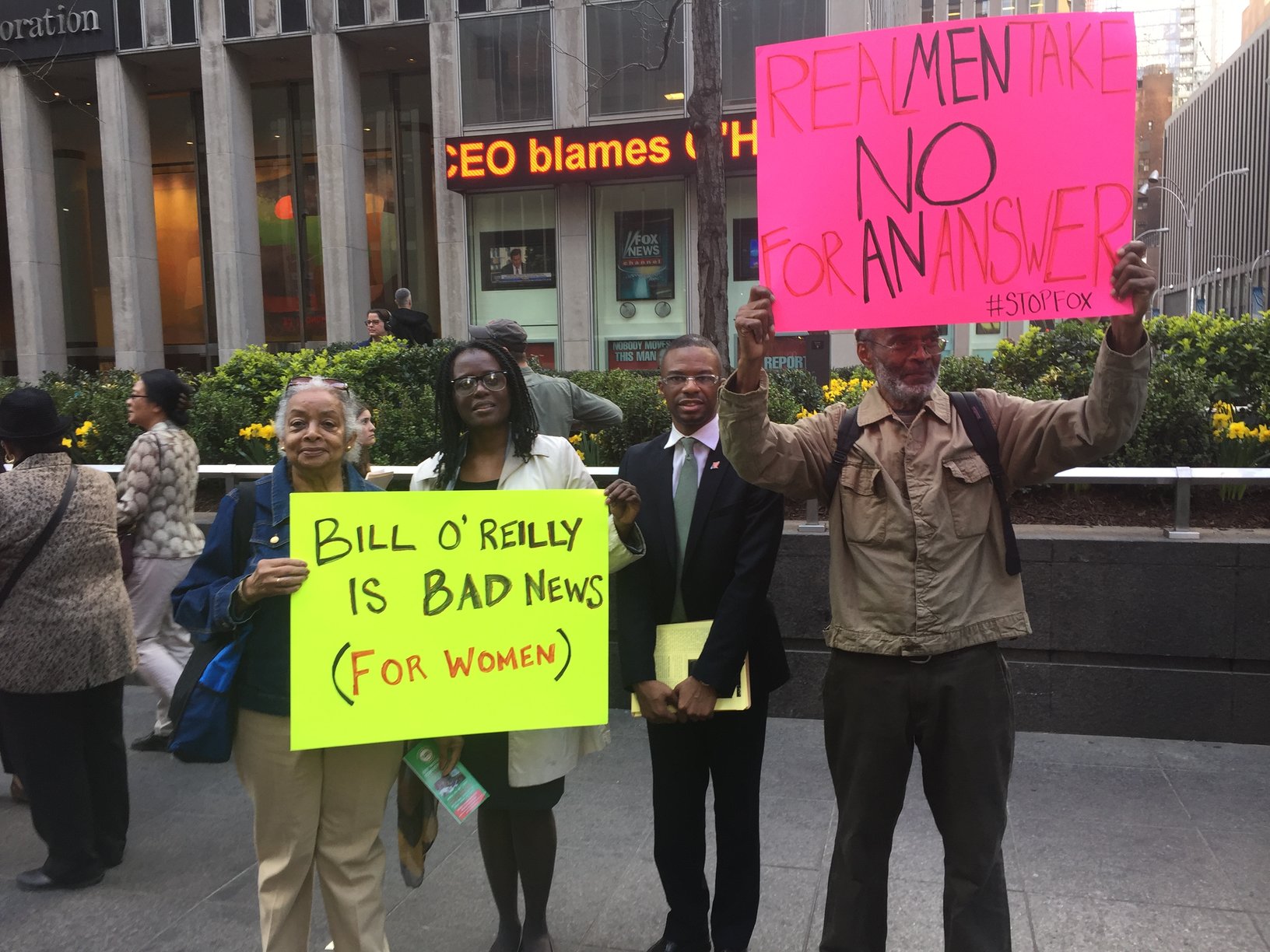 When asked if she had actually reached out to anyone employed by Fox News about this matter, James said that she had not.

She did say that she sent a letter to the Commissioner on Human Rights earlier this week.

“This is an organization and an agency charged with making sure that workplaces are free of sexual harassment and racism and that protect the rights of individuals, and I have asked them to perform a full investigation,” James said of the commission.

She also reached out to the Securities and Exchange Commission yesterday to investigate the settlement payments made by O’Reilly and Fox News to 5 women who accused O’Reilly of harassment. “We believe that the settlements were reported as income, and that were not disclosed to shareholders as such,” James continued. 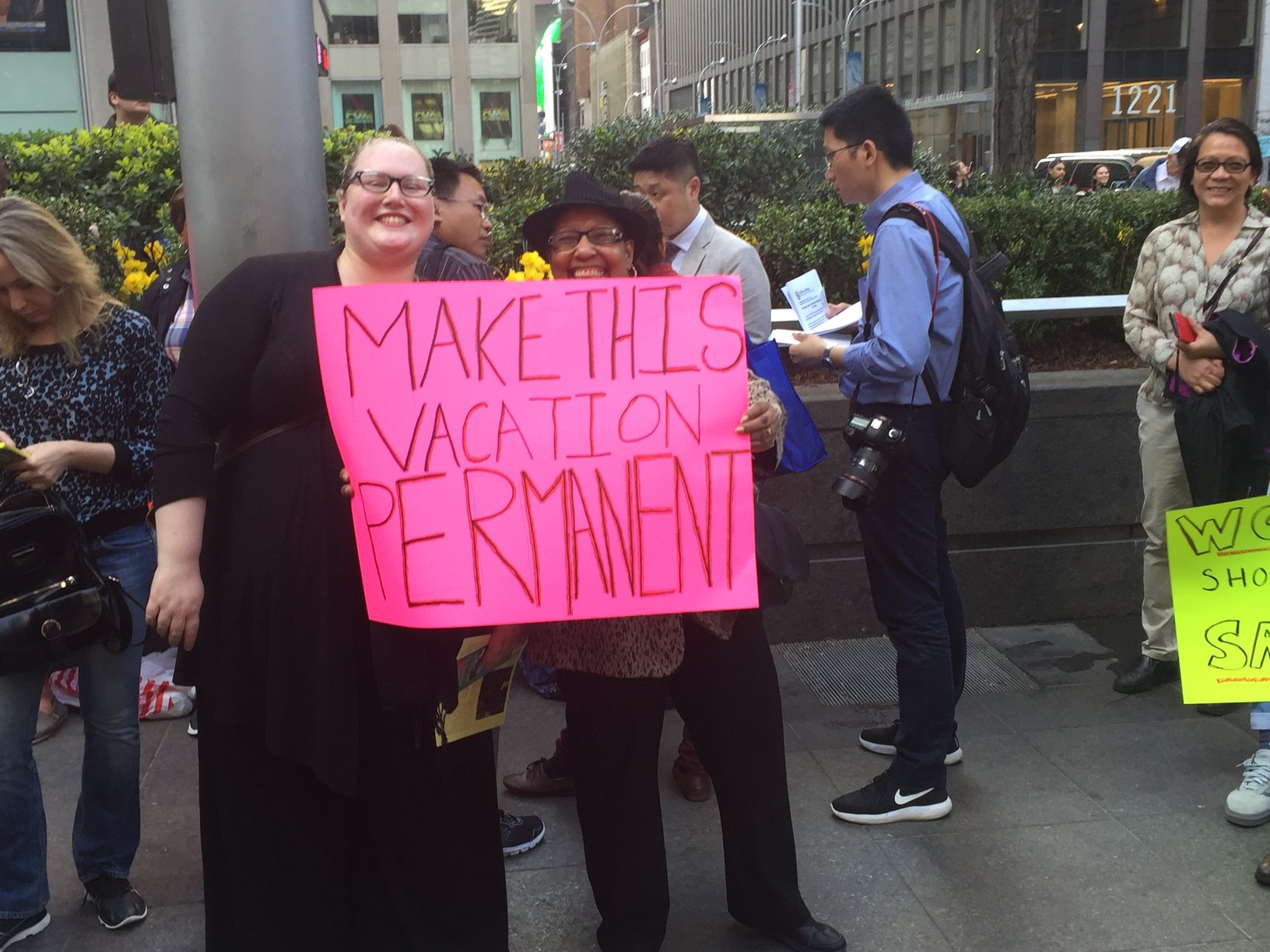 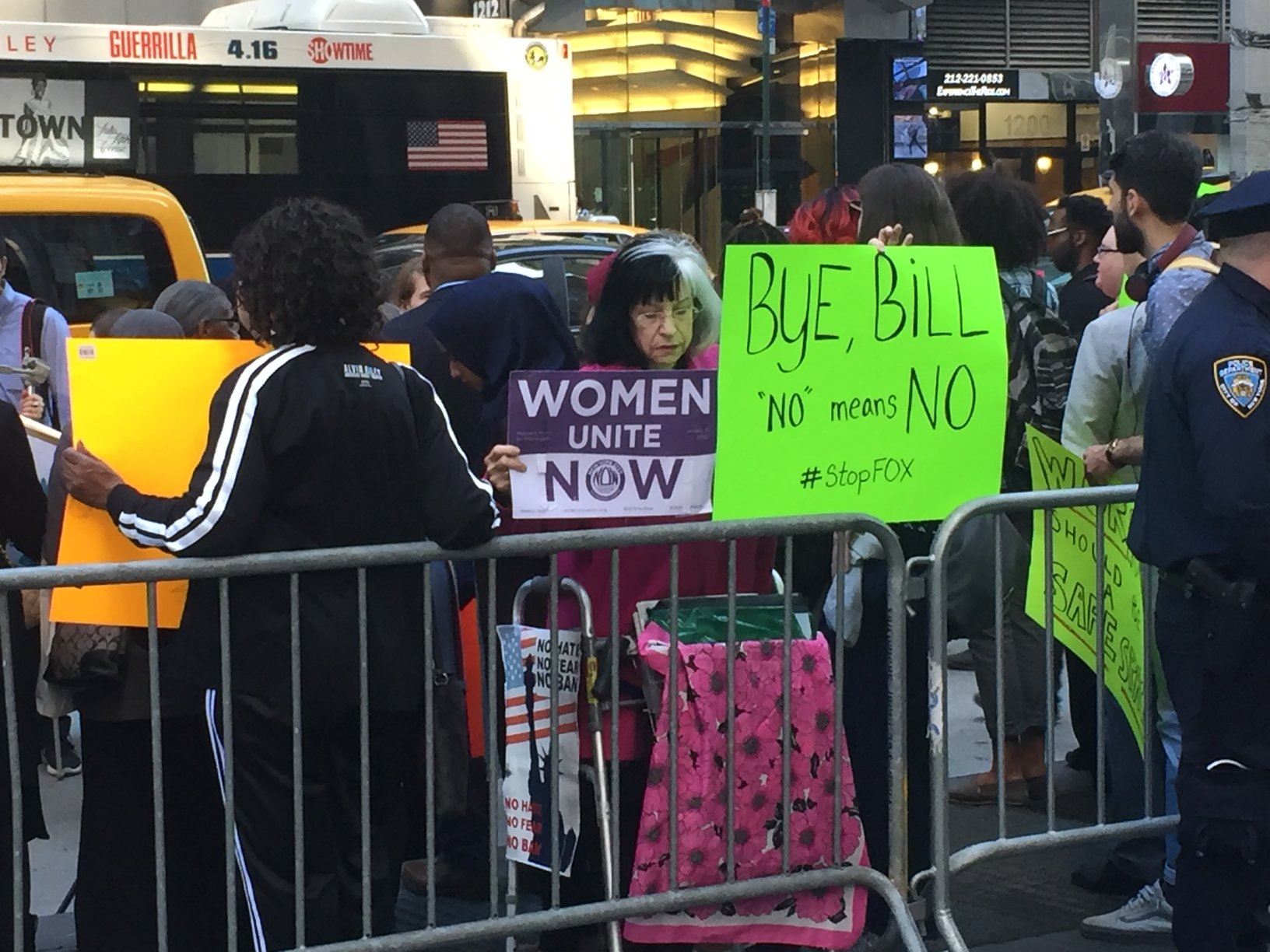