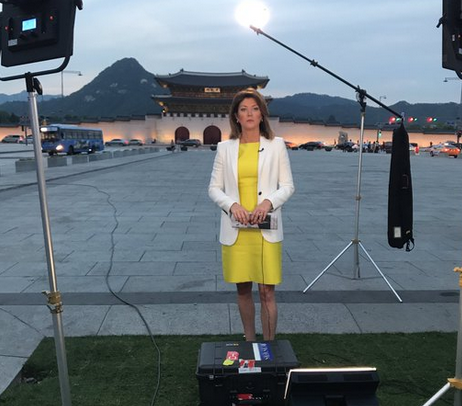 CBS’s Norah O’Donnell is in South Korea this week for a reporting trip, which included today’s interview–thefirst for a U.S. journalist–with South Korea’s new president.

It was a return to South Korea for O’Donnell who spent two years there as a child. When she was 10 her father, who served in the U.S. Army for 30 years, was assigned to the Yongsan Army base in Seoul. O’Donnell and her team toured the base Monday during what is her first trip back in 30 years.

O’Donnell also got her first taste of being a broadcaster while living on the base. As a 10-year-old she helped produce English-language educational correspondence.