On Wednesday, CBS Evening News anchor and managing editor Norah O’Donnell was honored at Variety’s annual Salute to Service luncheon, which recognizes military veterans as well as those in the entertainment industry who use their platforms to support servicemen and women.

CBS News videographer and U.S. Air Force master sergeant Kenton Young introduced O’Donnell, who he called “passionate about service and about telling stories of those who serve.”

O’Donnell created a series of reports at CBS called Profiles in Service to spotlight everyday Americans, first responders and U.S. service members who dedicate their lives to helping others. She is also from a military family. Her father served in Vietnam and her sister is a US Army veteran and surgeon at Walter Reed hospital. 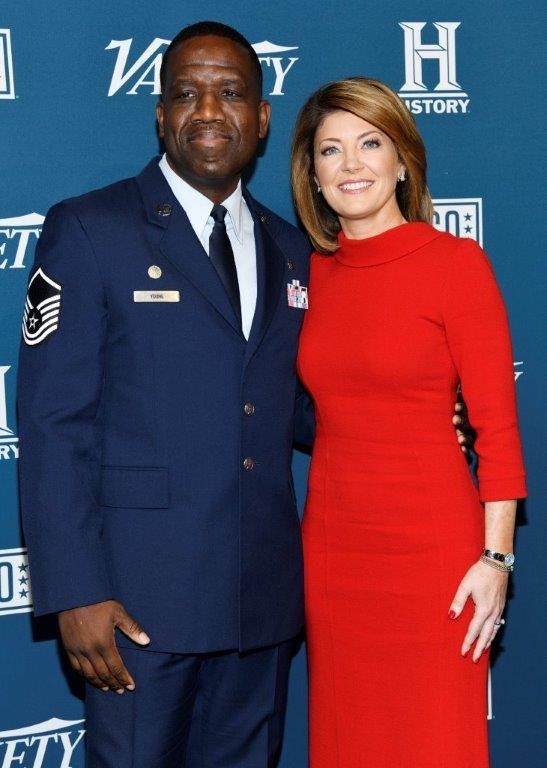 The Evening News anchor wasn’t the only CBS Newser to be honored this week. Yesterday evening, CBS News’ senior foreign correspondent Elizabeth Palmer , was awarded the Excellence in International Reporting Award at The International Center for Journalists’ 35th Anniversary Dinner in D.C.

Palmer was one of the first U.S. correspondents to helicopter into Afghanistan after 9/11. Se has also covered the conflicts in Syria, Afghanistan and Iraq. Previously based in Moscow, she has reported on and in Iran over the past decade.

In accepting the award, Palmer said, “Every trip has reinforced my reverence for the beauty of this world, and for the human courage and compassion which is everywhere.” She added: “Good international reporting knocks down walls, and introduces ‘us’ to ‘them.’” 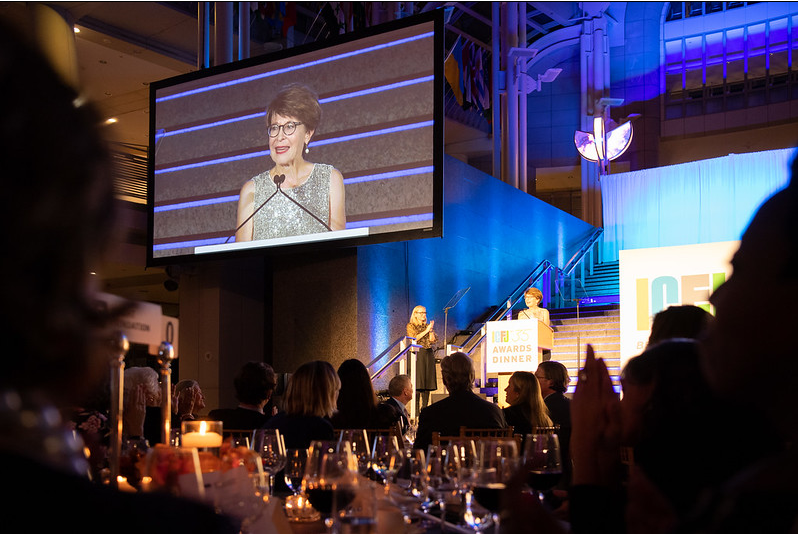