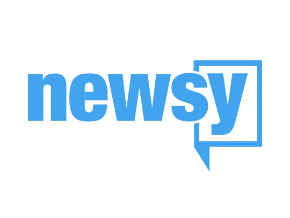 While it might not have the same resources as a Fox, CNN or MSNBC, Newsy has been delivering election campaign coverage just like all the major national news outlets.

Well, not totally the same.

“People, not pundits,” Sabatinelli said of Newsy’s coverage, adding that it’s focusing its efforts on the undecided voter.

“We will give real undecided voters an opportunity to understand what’s going on, how policy impacts them and how a change in any shape of form—whether it’s a House seat, a Senate seat, or a presidential election—can have an impact on them,” he said.

Sabatinelli added that Newsy journalists will be “asking questions that matter and that are of substance, getting arguments out of the way, and taking those voters who are undecided to the places and things they need to see is critical for us and a focus point for us in our election coverage this year.”

Senzon spoke about how Local Now will be buzzing on election night (either in person or virtually), and that the Local Now and Newsy edit teams “hopefully will work swimmingly together.”

Local Now will be tapping pool feeds and coverage from the Associated Press under the direction of editorial director Carrie Holt at Weather Channel HQ on the big night.

“Lots of data and updates in real time, and we’re obviously able to update those in the different markets and states where Local Now is available, which is everywhere in the United States,” said Senzon.