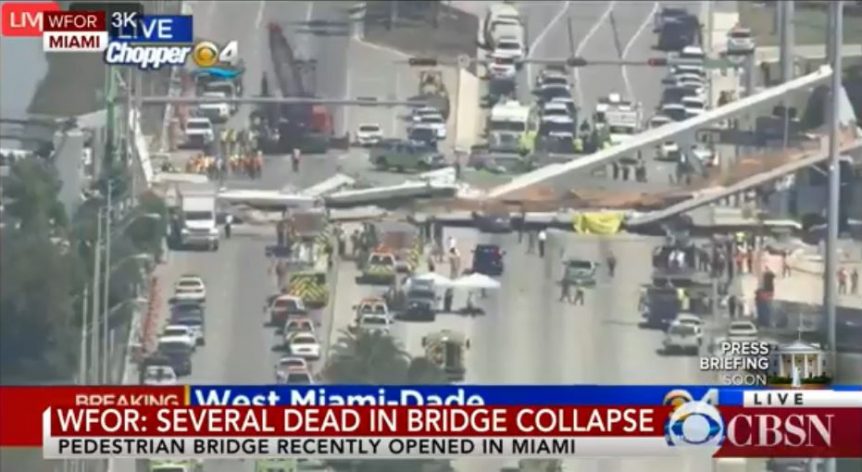 A pedestrian bridge meant to connect a residential area with the campus of Florida International University has collapsed onto cars that were traveling down SW 8th Street, Tamiami Trail, in Miami.

The pedestrian bridge was not yet in use, and wasn’t going to be until later this year. The span was put into place just last weekend. As the Miami Herald reported Saturday, it was hoped the bridge would “provide students a safe route over the perilous roadway for the first time.” The method used to build it, Accelerated Bridge Construction, was also meant to reduce risk.

There are 8 cars trapped under the span. There are several fatalities. At least 10 people were transported to Kendall Regional Medical Center, 2 are in critical condition and 8 are stable. 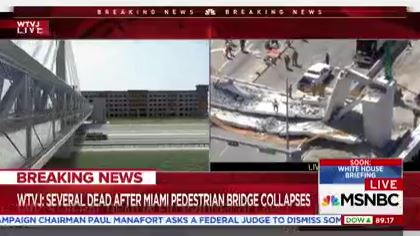 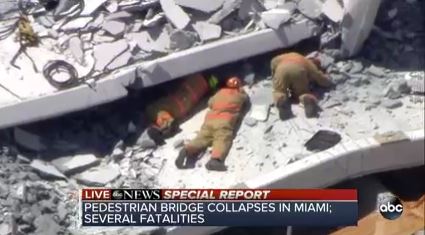 “This is still very much a rescue effort,” our @BojorquezCBS reports from the scene of the @FIU bridge collapse https://t.co/6wcMCBX5dh pic.twitter.com/VwdpZsMUL6