NEXT:Ginger Zee is Expecting Her Second Child
PREVIOUS:CNN Reporter to Pres. Trump: 'Haven't You Spread A Lot of Fake News Yourself, Sir?' 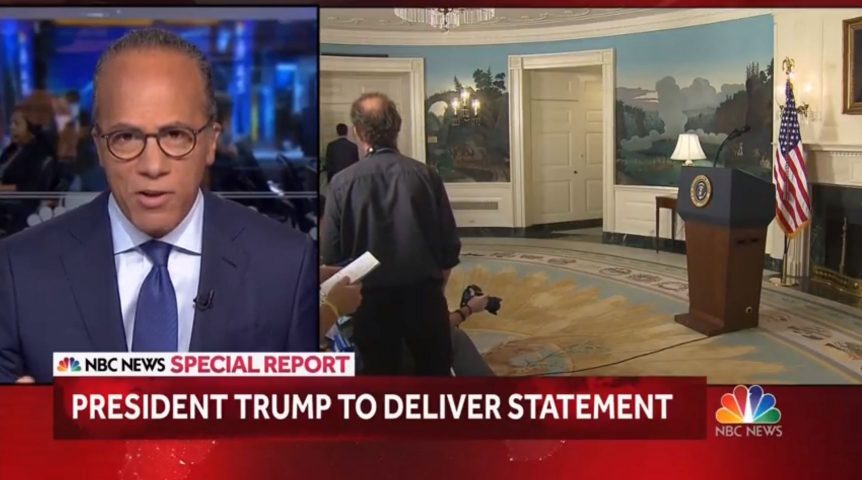 Lester Holt is anchoring on NBC, Tom Llamas on ABC and Anthony Mason is anchoring on CBS. After first talking about the economy and trade Trump called out white supremacist groups by name, something he did not do in his first remarks Saturday afternoon.

“Racism is evil. And those who cause violence in its name are criminals and thugs, including the KKK, neo-Nazis, white supremacists and other hate groups that are repugnant to everything we hold dear as Americans,” Trump said. “We are a nation founded on the truth that all of us are created equal.”

“This is a significant moment for Pres. Trump,” said NBC’s Hallie Jackson. “This is a president that has tiptoed around white nationalists,” said ABC’s Cecilia Vega.

In addition to their White House correspondents the networks have correspondents in Virginia covering the court appearance of the white nationalist who plowed his car into a crowd of protesters, killing 32-year-old Heather Heyer and injuring 20 others. “Her death fills us with grief and we send her family our thoughts, our prayers and our love,” said Trump. 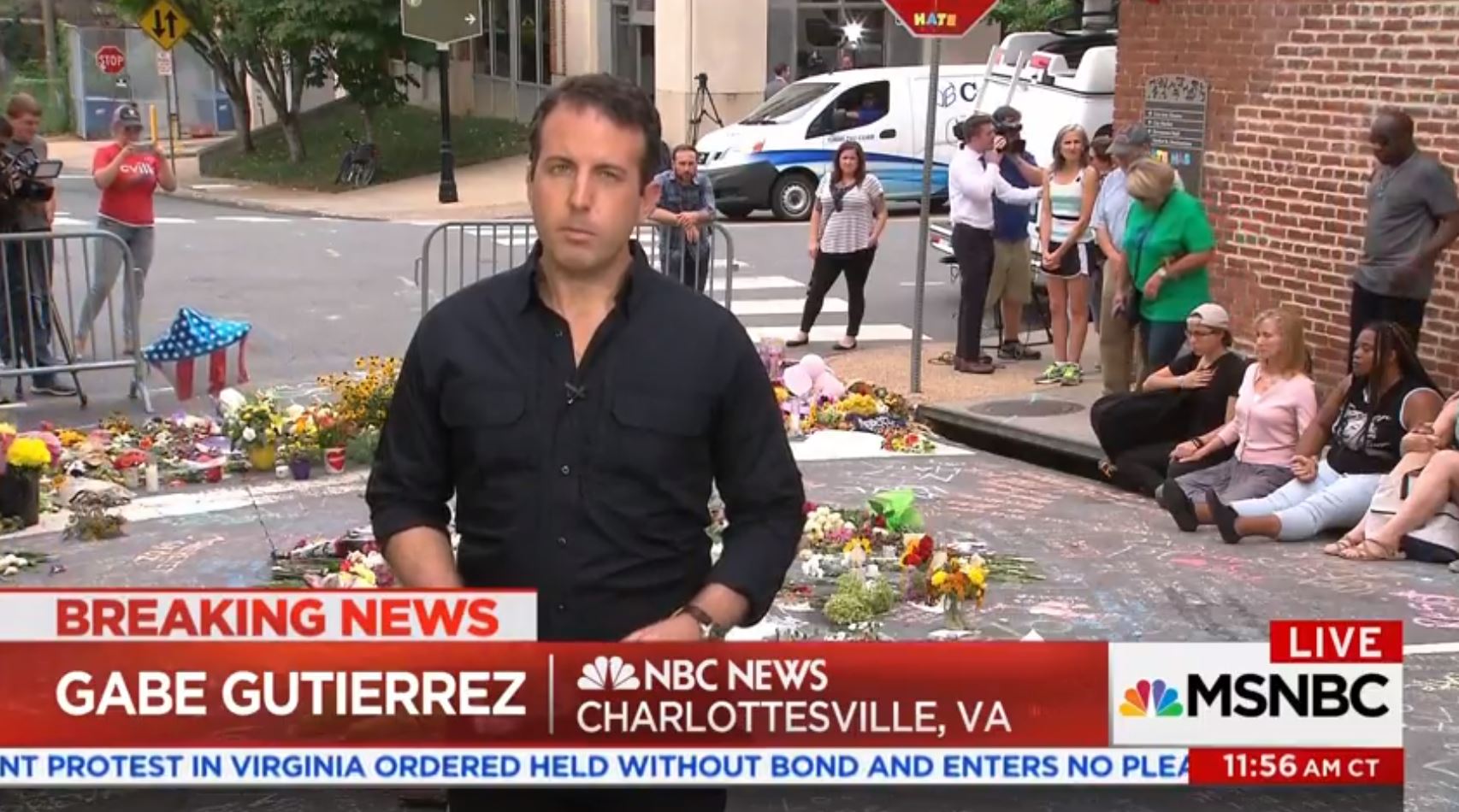