NEXT:Mika Brzezinski and Joe Scarborough Are Engaged
PREVIOUS:Scoreboard: Wednesday, May 3 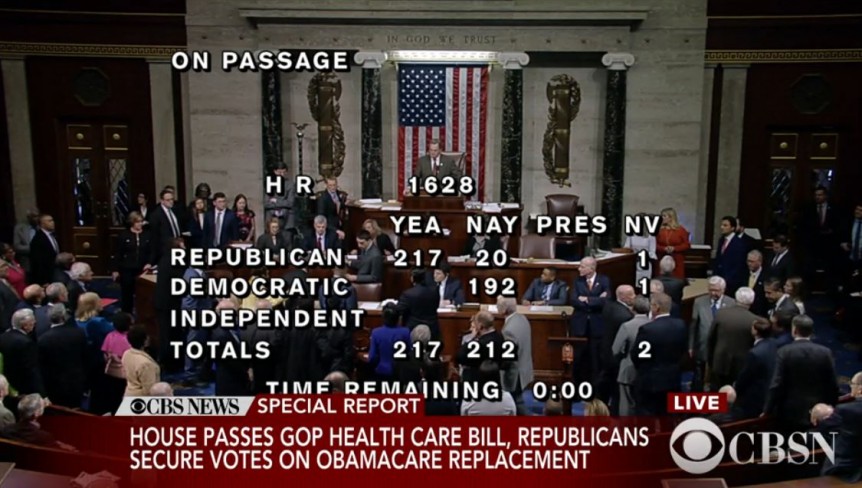 ABC, NBC and CBS all broke in to afternoon programming around 2:18 p.m. ET as the house voted to pass the AHCA, the replacement to Obamacare. The cable and streaming networks began coverage much earlier as procedural votes were taken.

“This is maximized for midday radio and television drama,” said CBS Radio’s Steven Portnoy on CBSN. The bill passed 217-213 and now goes on to the Senate.

“This does feel like we’re watching reality TV, but this is life we’re talking about,” added CBSN anchor Dana Jacobson.