NEXT:162 People Filed Complaints to the FCC Over 'Shithole' Coverage
PREVIOUS:If She Had Entered, Megyn Kelly Would Have Won the 2018 TVNewser Bracket Challenge 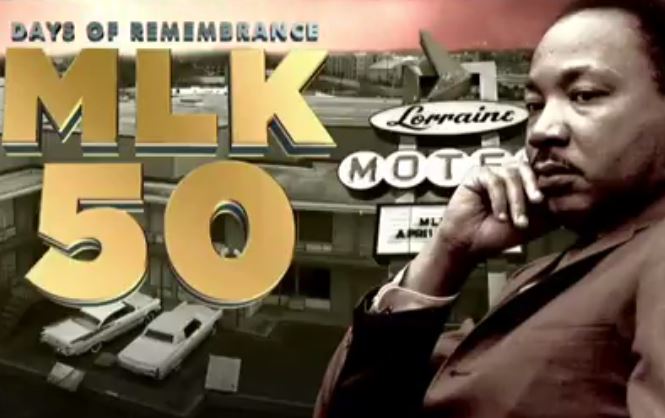 TV One and Urban One are marking today’s 50th anniversary of the assassination of Dr. Martin Luther King Jr., with a livestream of commemorative MLK50 events taking place in Memphis, Tennessee. Host Roland Martin has been on location from the National Civil Rights Museum for two days of events, culminating in today’s Day of Remembrance.

Comcast NBCUniversal is the Media and Technology Sponsor for the MLK50 Commemoration at the Museum. The company will livestream the day’s events. NBC Nightly News with Lester Holt will broadcast his show from outside the National Civil Rights Museum today.

CBS News’s Michelle Miller got a sit-down with Dr. King’s three surviving children, Bernice, Dexter and Martin Luther King III, to discuss their father’s legacy. The interview has been airing this week on CBS This Morning and the CBS Evening News with Jeff Glor.

CNN, Fox News and MSNBC have all been airing stories on King’s legacy on their morning shows. Viacom’s Paramount Network is airing a special tonight: