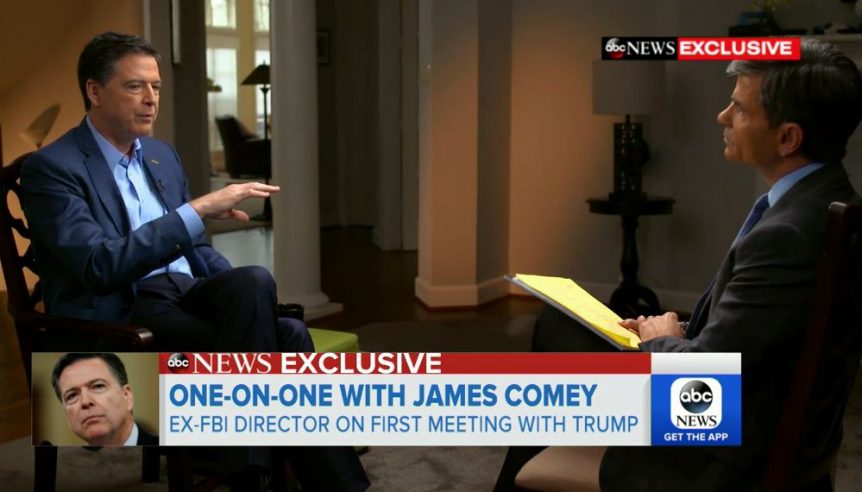 George Stephanopoulos‘ interview with with former FBI director James Comey–Comey’s first before his book goes on sale tomorrow–averaged a 7.4 rating / 13 share in the Nielsen overnight ratings, or about 9.5 million viewers in the 10 p.m. hour.

That will be deemed a success by ABC. But it wasn’t the most-watched show of the evening. CBS’ 60 Minutes averaged a 7.7 rating / 13 share at 7 p.m. Following 60 Minutes, CBS broadcast the ACM Awards which averaged a 7.2 rating / 12 share. But there was a drop in audience at 10 p.m., when some viewers likely switched over to ABC to watch the Comey interview.

In fact, ABC saw significant tune-in at 10 p.m. The final half hour of American Idol drew a 4.4 rating, which jumped to a 7.3 at 10 p.m. This will be the top ABC News program in 3 years, since Diane Sawyer‘s Caitlyn Jenner interview drew 17 million.

ABC released a transcript just before the interview, so news junkies got Comey’s personal opinion about Trump, via news alerts, before the show aired. But they had to wait to the end of the program to hear him say that Donald Trump is “morally unfit to be president.” WATCH: