NEXT:Tom Brokaw Is Retiring From NBC News After 55 Years at the Network
PREVIOUS:Elizabeth Vargas Will Host America's Most Wanted on Fox 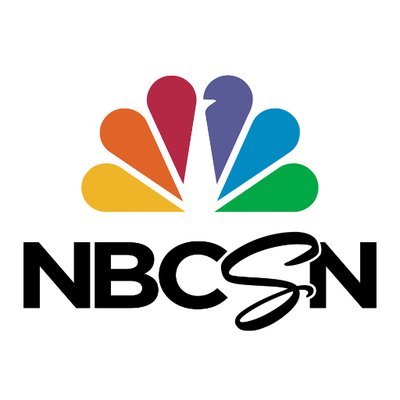 NBCUniversal’s cable sports network—NBCSN—will shut down at the end of 2021, and its programming will move to USA Network and the company’s streaming service Peacock.

The Wall Street Journal was first to report the news.

NBCSN’s major properties are the NHL, NASCAR and the English Premier League. The cable sports channel also televised Olympics competitions during NBC Sports coverage of Winter and Summer Olympics. Programming for all three leagues will transition over to USA later this year, while some content will remain on both channels until NBCSN officially closes up shop.

USA is a general entertainment network, showing acquired programming during the day and original programming in prime time. The network ranked No. 13 in total prime time viewers, and No. 12 in total day viewers across basic cable in 2020, according to live-plus-same-day data from Nielsen.

Adding live sports should only strengthen its ratings, and move it back into the top 10, where it routinely had finished up until the past couple years.

NBCSN launched on July 1, 1995, as OLN (Outdoor Life Network) on Comcast. OLN was dedicated to programming primarily involving fishing, hunting, outdoor adventure programs, and outdoor sports. OLN would later relaunch as Versus in Sept. 2006, with a strong focus on pro hockey. In 2012, the year after Comcast acquired a majority stake in NBCUniversal, Versus was rebranded as the NBC Sports Network. The branding was later shortened to NBCSN, and all of its studios/operations would move to Stamford, Ct.

January 22, 2021
Team:
We’re all aware of how quickly the media landscape is evolving, and our Company is taking thoughtful steps to stay ahead of these trends wherever possible and, in many instances, help set them.
As evidence of our strong commitment to live sports programming, we recently transitioned all of GOLF Channel’s linear studio productions to Stamford, and we’re producing multiple new programs for Peacock and other platforms in Stamford as well. In addition, we’re doing more in partnership with our colleagues at Telemundo and Sky Sports.
Commencing later this year, USA Network will begin carrying and/or simulcasting certain NBC Sports programming, including NHL Stanley Cup Playoff games and NASCAR races, as part of a larger transition within the Company.
At the conclusion of 2021, we have decided that the best strategic next step for our Sports Group and the entire Company is to wind down NBCSN completely, with key elements of NBCSN’s programming moving to USA Network and, in some cases, Peacock for 2022 and beyond.
This will make USA Network an extraordinarily powerful platform in the media marketplace, and gives our sports programming a significant audience boost. We believe that the power of this offering is the best long-term strategy for our Sports Group, our partners, and our Company.
This transition, combined with our robust portfolio of assets, including GOLF Channel, The Olympic Channel: Home of Team USA, RSNs, SportsEngine, GolfNow, digital, audio, sports betting and gaming, puts us in an even stronger position as leaders in the sports media space and to continue to grow our business.
We will keep you informed as the broader plan develops, and please join me for a virtual meeting on Tuesday afternoon, January 26 to answer your questions. A meeting invitation will follow shortly.
Thank you for everything you’re doing on behalf of NBC Sports Group.