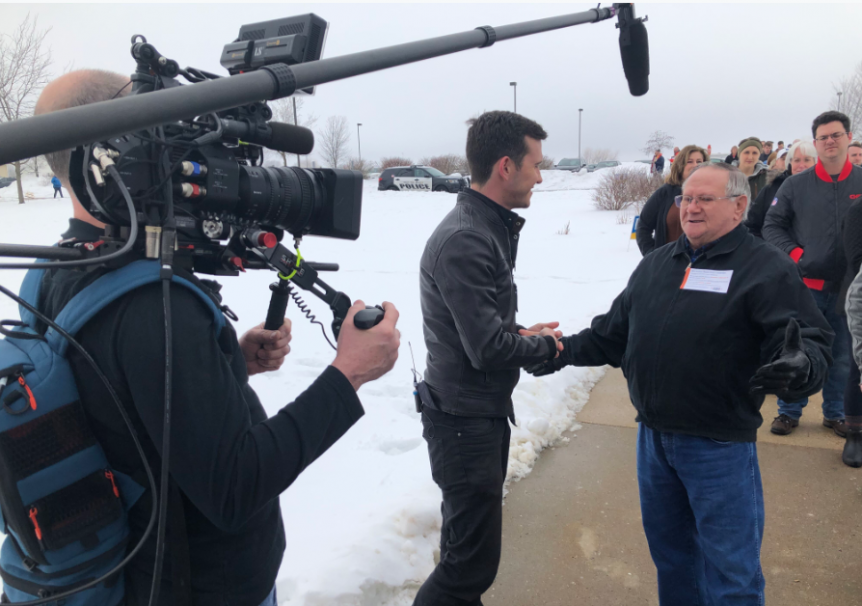 The 2020 Iowa caucuses are finally upon us. Who will win? Who better to ask than someone who has been on the ground speaking with Iowans for months.

We recently caught up with Hillyard, who is among the 30 anchors, correspondents and reporters on the ground in Iowa today to report on these first-in-the-nation caucuses.

Not only has Hillyard been reporting from Iowa in 2020, but he was also a presidential campaign embed for NBC News back in 2016. As a result, he was able to provide us with his thoughts on Iowa now vs. in 2016, how residents feel about the Trump impeachment proceedings, and one name on the Democratic side that keeps popping up. It might not be the candidate you’d necessarily expect.

Hillyard: The day on the road reporting for NBC News starts, typically, in one of Iowa’s 99 counties. We begin live shots by sunrise, leading us to scout for good scenes that capture the energy and community of where we find ourselves–from the farming communities of northwest Iowa to the river towns like Dubuque along the Mississippi River. I make multiple stops at Casey’s General Stores, the go-to local Iowa gas station company. We jump into campaign events, which are sometimes hosted in homes, or school cafeterias, or churches, and am greeted by locals eager to welcome us to their communities. Iowa campaigning is the ideal political experience — it’s a gathering of folks ready and eager to share their stories.

I know you were an embed during the last presidential campaign. How is the 2020 campaign in Iowa compared to the 2016 one?

In 2016, it was clear on the Republican side that Ted Cruz and Donald Trump had galvanized a clear following among the state’s conservatives, and it was a clear two-person race between Sanders and Clinton. In the waning days of the 2016 Iowa caucus, I was following Ted Cruz around the state. He went to each of the state’s 99 counties–the biggest ones and the small, rural communities. It’s a huge reason why he pulled off a caucus victory.

But in 2020, this Democratic field has so many variables to it, including what the Iowa Democrats call the “viability threshold.” Essentially, if an Iowan chooses to caucus for a candidate doesn’t have support from 15% of the people at their caucus location, they then get to go choose another candidate as their second option. I’ve been primarily following Pete Buttigieg for NBC News as he makes a last-ditch play to visit rural areas of the state that could give him a boost. But among this 2020 Democratic field, Amy Klobuchar is the only one to match Cruz’s 2016 effort of visiting each of Iowa’s 99 counties.

From your conversations with Iowans about the candidates, which name pops up the most?

Two answers – my reporting has found a great share of folks indicate that they intend to caucus for a name they’ve been long more familiar.

Also, Pete Buttigieg is a name that pops up a lot. Whether enough folks actually caucus for him to catapult him to victory here is the question.

You can walk into a Bernie Sanders rally, or an Elizabeth Warren or Joe Biden event, and there are folks who will consistently mention their fondness for Buttigieg. However, the impact of the new guy on the block — the former 38-year-old mayor of South Bend — is a huge question mark on caucus night. 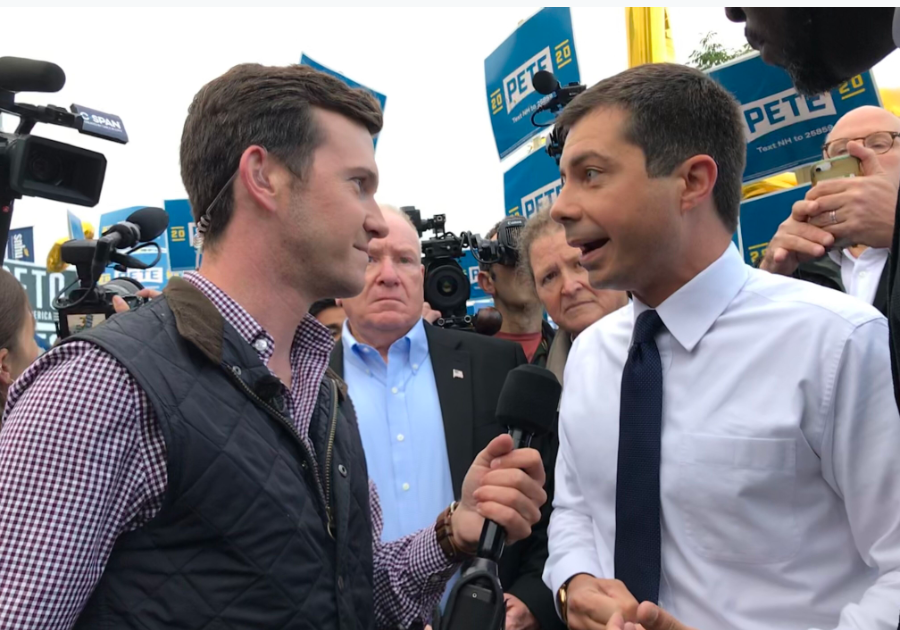 The Iowa caucuses receive a ton attention nationally, but do you sense a similar degree of excitement among people living in the state? Do you expect participation rate to be high relative to 2016, for instance?

Political parties get to choose how to pick their nominee, and the Iowa caucus allows candidates to appeal to the most-involved members of their party. I have traveled the roads of this state reporting for NBC News and MSNBC over the last year with each of these candidates, and they have had to consistently answer local issues about mental health care, flooding from the rivers and its relation to climate change, the commodities market and the impact of the U.S. trade wars and federal support for education. I expect there to be a high turnout for this 2020 Democratic caucus, especially because Republican and Independent voters can choose to change their party affiliation on caucus night and take part in the Democratic process. A great share of Iowans take this process seriously. They’re almost their own breed of political pundits.

Are Iowans paying close attention to TV news coverage of the impeachment proceedings? From your conversations, have any minds been changed?

We’ve been covering both stories with the full gravity that each of them require – it’s the advantage of being able to cover key political moments and the latest impeachment developments on our network broadcast news programs, but also all day on MSNBC and streaming on NBC News Now.

And the Iowans I’ve talked to have remained engaged in the impeachment of the president, yet at the same time, it’s not a substitute for the policy issues at home that folks want to hear the Democrats discuss. The campaign town halls with the candidates are substantive. And there’s a realization, and often an acknowledgement, that the Democrats cannot be distracted by the proceedings in Washington. 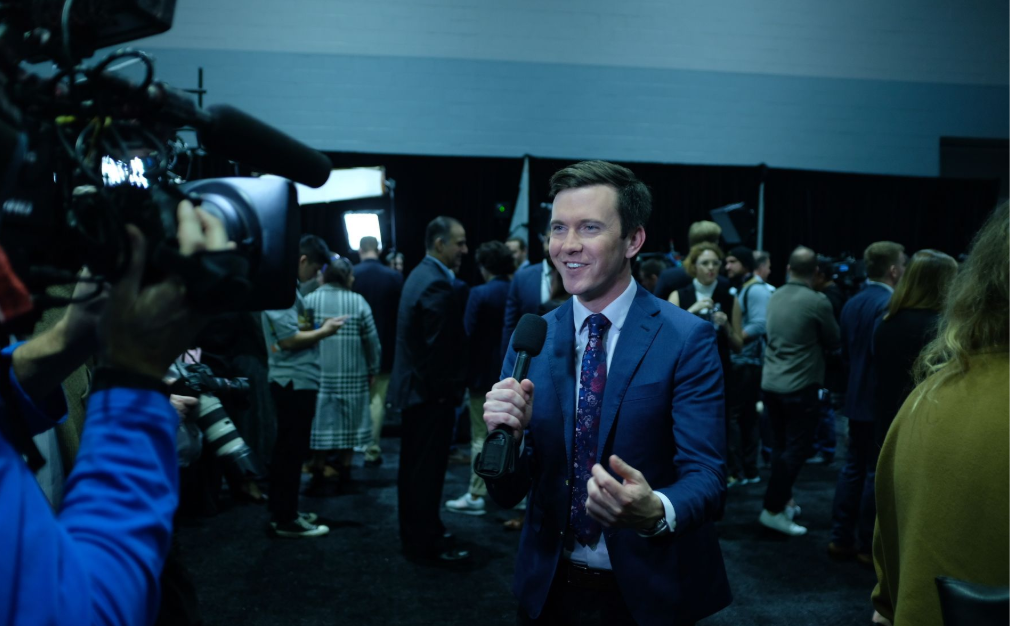 Your favorite restaurant and meal in Iowa is…
America’s best donut can be found at Jitters in Sioux City, Iowa. During the winter months, a cup of chili at Smokey Row Coffeehouse. And the local spot where I know I will find friends on any given night is El Bait Shop. Also, everyone ought to visit the good folks at Bubba.