NEXT:30 Most Impactful TV Newsers of the Past 15 Years: Katie Couric
PREVIOUS:Scoreboard: Wednesday, Jan. 16 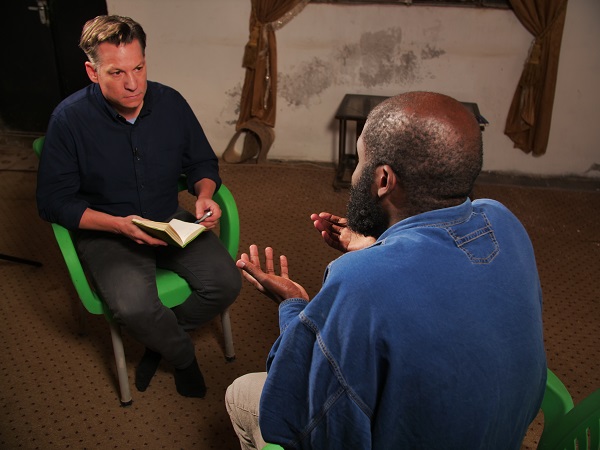 ISIS is claiming responsibility for the attack.

The suicide bomber was dressed in civilian clothing, and struck a restaurant hosting commanders of the U.S.-backed Syrian Democratic Forces. A local told Engel it’s a restaurant frequented by American troops.

“It was a typical, and typically horrific, act of ISIS violence, and raised questions about U.S. Syria policy,” Engel told TVNewser Thursday afternoon from the Iraq/Syria border.

This terror attack transpired not long after Engel sat down for an interview with Warren Christopher Clark, an American who spent three years with the Islamic State. Clark, a former substitute teacher from Sugar Land, Texas, joined the organization after sending them a resume and cover letter in hopes of working as an English teacher for the militant group.

“I wanted to learn more about the ideology. I’m a political science major, global business minor. I like politics. I like travel, world events. That’s what I wanted to do,” Clark told Engel for an interview that aired Tuesday on NBC Nightly News.

He added: “I’m from the United States, from Texas. They like to execute people, too. So I really don’t see any difference.”

Clark, who said he never fought for ISIS over the three-year span, has recently been captured in Syria by Kurdish forces.

We caught up with Engel earlier today. Here’s what he had to tell us, both about the interview and about reporting on Syria.

TVNewser: Warren Christopher Clark is not the first American-turned-ISIS-joiner you have interviewed.  Do they share any reasons for joining an organization which has been responsible for such heinous acts? What, if anything, do they have in common?

Engel: Both men are educated, curious, well-spoken and at one stage were very angry.

In 2016, I interviewed a man from New York.  Per our agreement with US authorities, we only named him as Mo, his choice.  He had attended Columbia University, was bright and studious.  But he was, I would also say,  highly sensitive, and that led to anger and feelings of not fitting in.  He felt oppressed as a Muslim in New York, and told us he wanted to go see what ISIS was all about.  He was attracted by ISIS’s early propaganda, which promised that the group was working to establish a pure Islamic state where all Muslims could live as one.  He went over to Syria relatively early in the conflict, before ISIS started churning out video after video of beheadings, crucifixions and the immolation of a Jordanian pilot.  He later said he grew disillusioned with ISIS, cooperated with US authorities and was ultimately released, according to the New York Times, under controlled supervision.

Warren Christopher Clark is also well spoken, intellectually curious and well educated. Our conversation focused on his time in ISIS territory — over three years — but also pivoted to the American civil rights movement, Quentin Tarantino movies and the biography of Malcolm X, which he said he read while in ISIS territory.  Clark said repeatedly that he did not go to ISIS territory to fight, but to experience and discover life under the so-called Islamic State.  I pressed him, however, that by the time he went in the spring of 2015, it was already clear what ISIS was doing, publishing propaganda videos with gut-wrenching violence.  Clark said he’d seen the videos, assumed the brutality to be a part of Islam, and was unbothered by it.  He said he thought ISIS was fighting for Sunni Islamic justice and that as an African American he empathized with oppressed people seeking their rights.  He said he had no regrets about going into ISIS territory, and plans to write a book one day about his experiences.

The Syrian conflict has been going on for years. How do you keep your storytelling fresh and relevant for NBC News viewers?

The stories keep changing.  The conflict in Syria now is not what it was a few years ago.  ISIS then was a virus that was spreading fast.  Now there’s a global power struggle to fill the vacuum ISIS is leaving behind.

Do you think Wednesday’s attack will influence President Trump’s withdrawal order from Syria, an order that has been criticized by folks on both sides of the aisle? It appears that ISIS has not totally been defeated, as the administration has previously proclaimed.

It is hard to know what influences President Trump.  But I do think the people who didn’t like his policy will now, after this latest attack, find it easier to speak out against it.  This can frankly go two ways; withdrawal supporters can say the attack proves US forces need to leave ASAP, damn the consequences.  Others will say the attack shows the need for clarity because lives are hanging in the balance.

Below is a clip from Engel’s Thursday report for Today show: