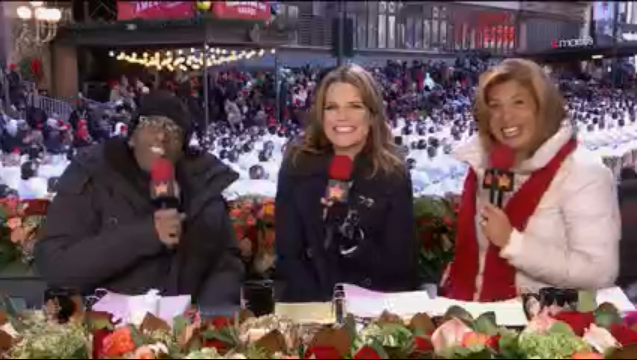 The NBC trio was joined by thousands of frozen parade-goers, as well as high school marching bands from across the country, musical acts like Kelly Clarkson, Barenaked Ladies, John Legend, Rita Ora and Diana Ross,  a highly-publicized smooch, as well as parade mainstays like Charlie Brown and Santa Claus closing out the parade.

As one TVNewser reader pointed out, NBC News tweaked its signature peacock graphic to possess a more festive theme for this year’s broadcast:

The NBC Peacock is morphing into a Turkey on Today! Don’t think I’ve ever seen this before… @UniWatch @tvnewser pic.twitter.com/Vw0etyN2Aw

So who watched the 3-hour program this year? 23.7 million Americans, according to most current data from Nielsen. That’s -2 percent vs. the 2017 parade broadcast (24.1 million), but the third-largest audience for an entertainment broadcast in 2018, only behind the Oscars and the post-Super Bowl episode of This Is Us, but ahead of The Emmys and The Grammys.

The obvious change to this year’s broadcast was the anchor team. For the first time since 1997, there was no Matt Lauer. 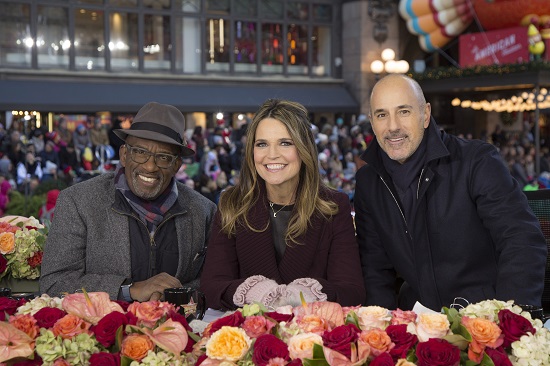 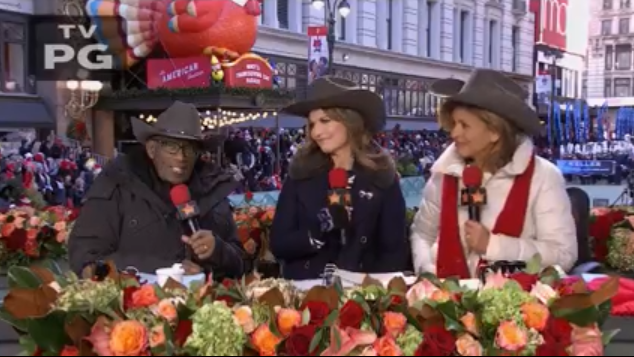 Perhaps Lauer was watching from his Hamptons compound!?