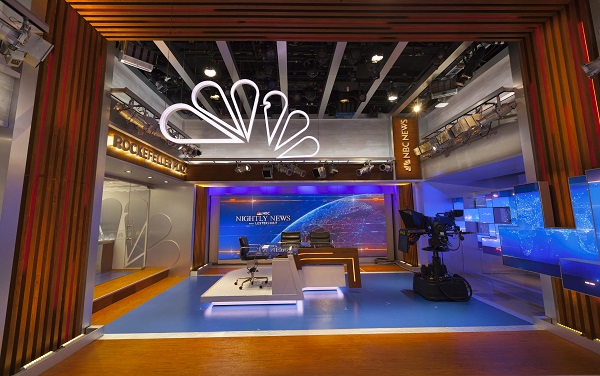 Mike Mosher, senior producer of NBC Nightly News, is heading into retirement later this month after a 44-year run at NBC News.

Mosher covered a wide variety of historic events over the years, and has been stationed in Cairo, Beirut, Tokyo, London, New York and in Los Angeles. Mosher presently leads Nightly News’s work on the west coast.

Danielle Dellorto will take over for Mosher, beginning April 27, and she comes to Nightly News after a stint as writer and producer on Megyn Kelly Today.

Dellorto, who receives the title of supervising producer, will continue to be based out of NBC News’s Los Angeles bureau.

As Mike Mosher prepares for retirement after an amazing run at NBC News, I am thrilled to announce that Danielle Dellorto will be joining Nightly News as Supervising Producer in the LA Bureau.

Many of you may know Danielle as she has spent the past two years working out of the LA bureau, most recently as a writer and producer on Megyn Kelly TODAY. Prior to joining TODAY, Danielle spent more than a decade producing from the front lines of conflict zones, natural disasters and disease outbreak areas for CNN. For 11 years Danielle worked as Senior Producer and writer for CNN’s Dr. Sanjay Gupta. She has written, directed and produced content from 15 different countries–including Afghanistan, Syria, Pakistan, India, Japan and Haiti. Her work has earned her multiple awards including 2 News and Documentary EMMY and 3 Peabody Awards.

I have no doubt Danielle’s experiences, and her great enthusiasm for Nightly will be a huge asset to all of us.

Danielle will be training with Mike over the next couple of weeks and will take the reins officially on April 27th.

Please join me in congratulating and welcoming Danielle to Nightly News!