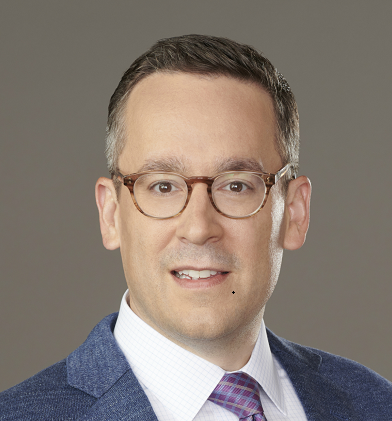 According to an internal memo (included below), Arnall will focus his efforts on editorial and programming strategy for MSNBC’s live news programming, and report to NBC News svp of editorial and head of MSNBC dayside Janelle Rodriguez.

Arnall’s permanent replacement on the evening newscast is TBD, but Wesley Oliver will take over in the interim.

Arnall joined NBC News in August 2016. He had previously been Bloomberg’s deputy head of global television. Before that, he spent nearly a decade at ABC News, including a run as senior producer of World News with Diane Sawyer.

Dayside is a solid daypart for MSNBC. In 2018, the network finished No. 2 across all of basic cable in total dayside viewers, and 2019 to-date, it’s posting double digit year over year growth in total viewers.

Rodriguez sent the below note to staff, which was obtained by TVNewser.

Please join me in welcoming Dan Arnall in a new role as Executive Editor of MSNBC daytime programming.   Dan will help drive editorial and planning across our shows as well as focus on the Story First strategy across platforms.

Thanks to everyone’s  hard work and dedication, 2018 brought record-breaking ratings success.  We will double our efforts to build on that this year and into 2020 as the pace and historic nature of the news we cover remains relentless.  Dan will focus on editorial ideas and programming strategy, working in partnership with Betsy who will continue to lead all of our newsgathering efforts for the team.  He will report to me.

Dan currently serves as  Executive Producer of NBC Nightly News Weekend.   Wesley Oliver will lead the team while we search for a replacement.

During his two-and-a-half year tenure at NBC News,  Dan has helped lead the show to number one in the demo and total viewers, expanded its global and digital storytelling, and implemented staff training with a focus on a network-wide story pitch process.

Prior to joining NBC News in 2016, Dan was Bloomberg’s Deputy Head of Global Television, leading a global effort to build new on-air and digital programming.  Before that, Dan spent almost a decade at ABC News.  He was also a reporter and anchor at local stations as well as an entrepreneur who founded and sold a digital company.