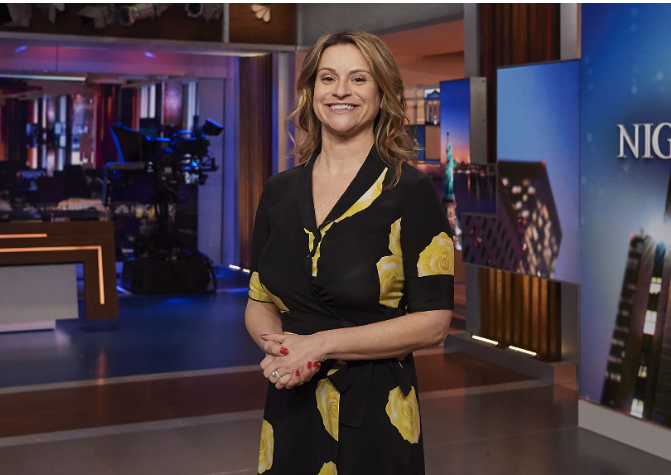 Suozzo is a well-respected figure at the network. She started her career at NBC’s station in Hartford 22 years ago, before joining MSNBC in the mid-2000s. She moved up from line producer to senior producer, became the launch ep of Andrea Mitchell Reports on MSNBC, before ascending to the top production position on NBC’s flagship newscast.

NBC News president Noah Oppenheim announced the news on Wednesday via memo to staff, adding that Meghan Rafferty will step in as interim ep on August 16.

“Jenn’s been a fixture in our control rooms, covering virtually every breaking and major news event from the past two decades, including the Miracle on the Hudson, the Boston Marathon bombing manhunt, the wars in Iraq and Afghanistan, Michael Jackson’s death, tornado outbreaks, six presidential elections, and more,” wrote Oppenheim. “She’s worked closely with talent across NBC News and MSNBC, including Lester, Savannah, Andrea, Chuck, Kristen, Brian, Kate, and Jose, and also launched and became the first Executive Producer of Andrea Mitchell Reports.  Her roots at NBC run deep, and her passion and commitment to shining a light on important topics has been second to none, earning her multiple awards, including Emmys and the Edward R. Murrow.

I know I speak for everyone when I say how grateful we are for her invaluable contributions to the organization.”

Nightly News has had a couple of good ratings weeks lately, with a lift from NBC’s Olympics coverage. However, the newscast has been stuck in second place behind ABC World News Tonight, both in adults 25-54 and in average total viewers, during her nearly-three-year tenure as ep. Nightly News has seen a viewership bump from putting full episodes on YouTube.

Variety’s Brian Steinberg is also reporting that Suozzo is joining CNN+, the network’s streaming news service poised to launch early next year, as a producer. If a deal is indeed finalized, Suozzo would be the second high-profile NBC Newser to leave for CNN in recent weeks. NBC News Capitol Hill correspondent and MSNBC anchor Kasie Hunt recently struck a deal with CNN to become its chief national affairs analyst and anchor a daily program for CNN+.