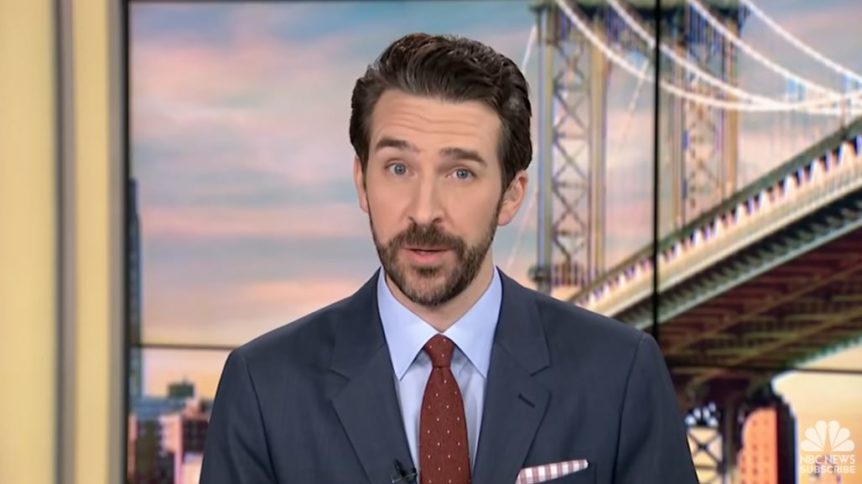 NBC News Now morning anchor Joe Fryer was just named NLGJA’s Journalist of the Year. The award, presented by The Association of LGBTQ Journalists, honors “an LGBTQ journalist whose exceptional abilities, integrity and distinctive work brought honor to the profession within the past year.”

Humbled and honored to be named “Journalist of the Year” by the @nlgja — an organization that’s so important to the #LGBTQ community.

I share the award w/ my many colleagues at @NBCNewsNow, @TODAYshow & @NBCNews who’ve helped me tell these stories. https://t.co/HrKgKxT5zV

Fryer joined NBC News in 2013 as a West Coast correspondent after a stint as a special projects reporter for Seattle NBC affiliate KING.

Fryer wasn’t the only network newser to win a NLGJA award. CBS News correspondent Jamie Yuccas and the 48 Hours team won the Excellence in Network Television Award for the 48 Hours story The Life and Death of Nikki Kuhnhausen.