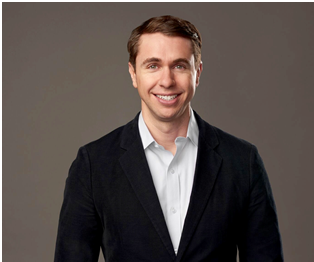 Currently the senior executive producer of MSNBC Weekends, Frucci will move to the broadcast network and take over for Wesley Oliver, who had been the Nightly News Weekend’s interim ep since February. Oliver will join the NBC Nightly News with Lester Holt as a senior producer starting in July.

Frucci becomes the permanent successor to Dan Arnall, who, in February, left Nightly News Weekend to take on the role of MSNBC executive editor of dayside programming.

Frucci came to NBC News from CNN where he helped launch and was the first executive producer of CNN New Day.  Before New Day, he ran the weekend edition of Good Morning America.

I’m happy to share that Matt Frucci will join the Nightly News weekend team as Executive Producer.  Matt has tremendous experience working with weekend news programming, on both cable and broadcast.  Matt is currently the Senior Executive Producer at MSNBC Weekends, overseeing 30 hours of live programming.

Matt came to NBC from CNN where he developed, launched and was Executive Producer of its morning show, New Day.  He began his journalism career at ABC News as a Desk Assistant on the overnight shift and rose through the ranks to run the weekend edition of Good Morning America.

We are incredibly thankful for Wesley Oliver’s leadership and teamwork managing the team during this transition.   He will be joining the weekday Nightly News team as Senior Producer starting in July.

Please join me in welcoming them both to their new roles.