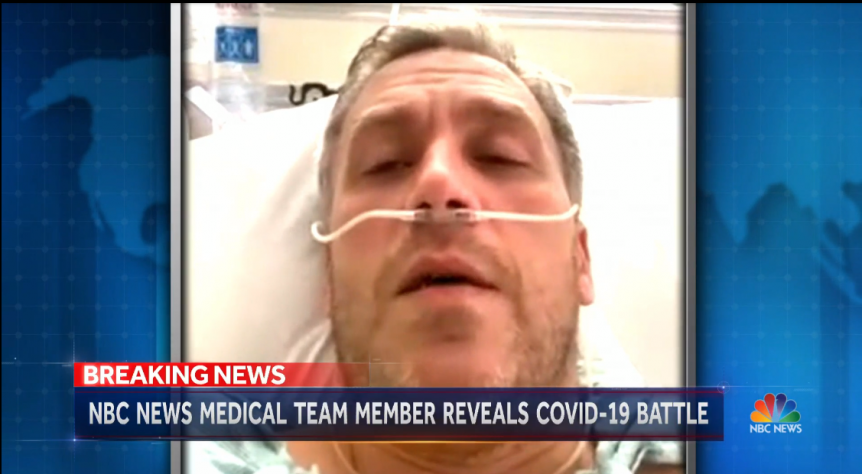 NBC News/MSNBC science contributor, epidemiologist and virologist, Dr. Joseph Fair, announced Wednesday that he is in the hospital battling Covid-19.

He told NBC chief medical correspondent Dr. John Torres on Nightly News with Lester Holt yesterday: “I’m on the other end of it, but not out of the woods yet.”

Dr. Fair, who spent a number of years in Africa studying some of the most deadly viruses known to man, including Ebola, also told Nightly that he took all the steps to stay safe but “you know, occasionally you’re making mistakes, even people like me that do this for a living. But I can’t overtly remember one if I did make it.”

He also explained that he started noticing symptoms about three days after a recent flight to New Orleans: “My flights were packed. I had a mask on, gloves on, wipes routine, but you know obviously you could still get it through your eyes.”

At the hospital, he tested negative for Covid-19 four separate times. Dr. Fair says it’s most likely because he waited too long to get the test. He’s now being treated with oxygen while his lungs heal.