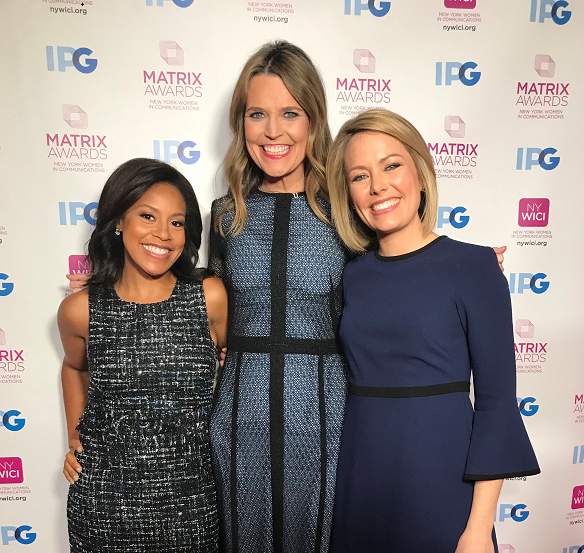 The New York Women in Communications (NYWICI) hosted its annual Matrix Awards today — an event which honors extraordinary women who are trailblazers in the media industry.

“Since I recently was caught on a hot mic uttering a swear word – I feel safe in saying that what we have here before us is a tour de force of female bad assery.” – Matrix emcee @SavannahGuthrie #Matrix18 pic.twitter.com/IyKTWbkmlp

“I am proud to share this award with the women and men who work tirelessly alongside @JoeNBC, @WillieGeist, @AlexKorson and me to make @Morning_Joe a source of truth and a home for productive discourse.” – @morningmika accepting the @NYWICI Matrix Award #KnowYourValue pic.twitter.com/ZDxjHp9V6Q

Guthrie, Brzezinski and Scarborough (and Halle Berry) were just a few of the big names in attendance.

In fact, Matrix Awards attendees included a veritable who’s who of NBC Newsers, as well as a number of high-profile NBC female execs.

In addition, NYWICI presented its first-ever, Matrix Incite Award to three women who, “through their writing and body of work, incited action and change for their coverage on sexual misconduct in the workplace.”

They were a trio of New York Times reporters: Jodi Kantor, Emily Steel and Megan Twohey.

Previous Matrix Award winners include Arianna Huffington, Sheryl Sandberg, Tina Fey, Diane Sawyer, Meryl Streep, Gretchen Carlson and Joanna Coles. Proceeds from the Matrix Awards go towards a range of scholarships and educational programs for women. To date, NYWICI’s Foundation, the largest for communications scholarships for women in the country, has given more than $1.5 million dollars in scholarships. 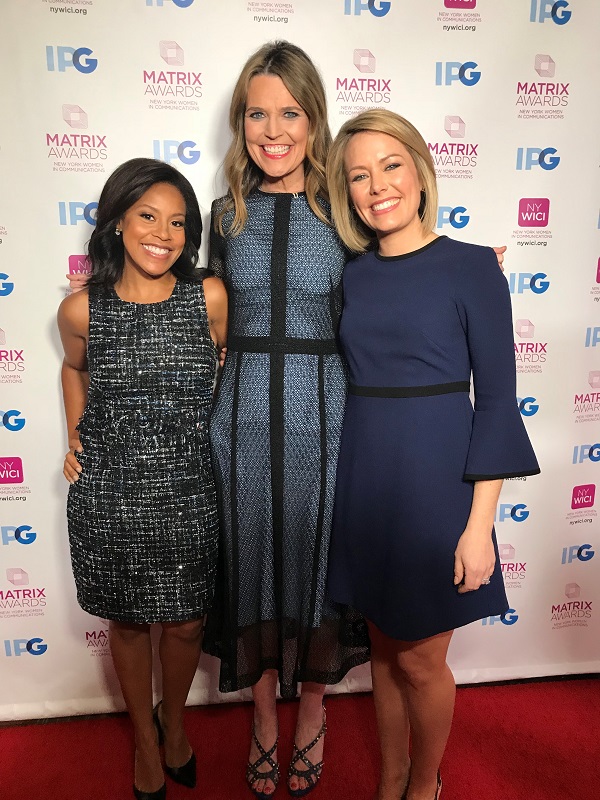 The scholarship winners stopped by the Today show this morning: