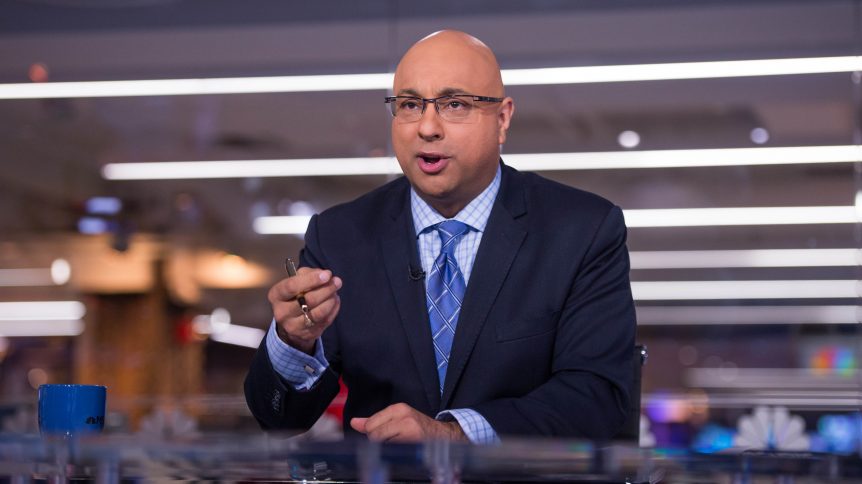 NBC News Digital is launching a commentary and opinion section of MSNBC.com, which will host regular columns from network anchors, hosts and contributors.

Beginning tomorrow, the new section can be found smack dab in the middle of the MSNBC.com homepage. 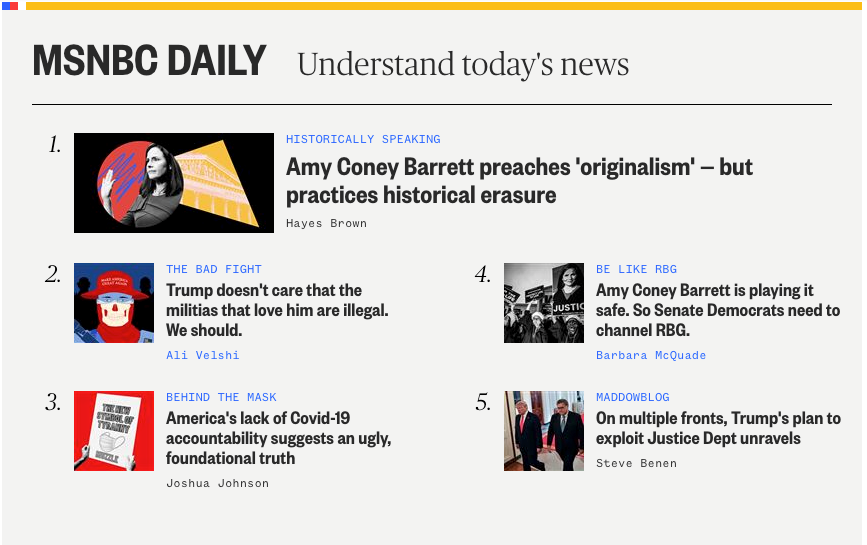 Opening day stories include one from Ali Velshi about President Trump empowering and emboldening militias. Legal analyst Barbara McQuade will publish a story tomorrow on Senate Democrats using Ruth Bader Ginsburg to take down Judge Amy Coney Barrett by focusing on the death penalty. MSNBC Weekend anchor Joshua Johnson will publish a piece on why Americans can’t look out for one another to fight Covid-19, especially when it comes down to something as simple as wearing a mask.

The company has formed an editorial team responsible for these pieces, including some new hires.

As a reporter/opinion editor for MSNBC Digital, Hayes Brown will write a daily roundup each morning. Brown joins NBC News from BuzzFeed, where he was an editor and reporter for the World news desk and co-host of the podcast News O’Clock.

Clarissa Pharr has also joined as an opinion editor for MSNBC Digital. She comes from Quartz, where she was deputy ideas editor, commissioning and editing reported features and opinion pieces on tech, geopolitics, the global economy and climate policy.

Meredith Bennett-Smith will now serve as senior editor for opinion, NBC News and MSNBC, and will manage MSNBC Daily, along with continuing to oversee NBC News Think.