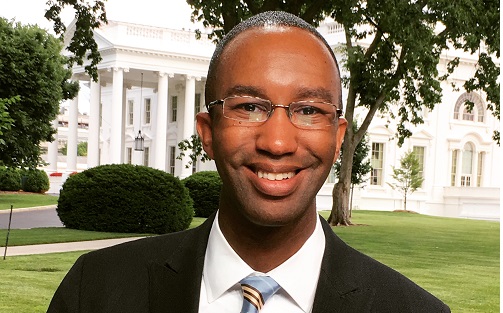 The veteran producer will head across the Potomac after covering both Hillary Clinton and Donald Trump on the 2016 presidential campaign trail for NBC News. Gains had been a member of the network’s White House production team.

Gains arrived at NBC News in the summer of 2015 after a stint at ABC News as a D.C.-based producer for GMA.

We are pleased to announce Mosheh Gains as our new Pentagon producer.

Mosheh joined NBC News in the summer of 2015, as we ramped up our coverage of the 2016 election. In a matter of months, he became an essential part of our campaign coverage, working with almost every correspondent on the trail. After the election, he continued to shine in the edit room and in the field, most recently as a member of our White House team.

Mosheh previously worked in ABC News’ Washington bureau, where he rose through the ranks from desk assistant to producer for Good Morning America. He’s a graduate of Temple University.

Please join me in extending congratulations to Mosheh. He starts his new role on Wednesday.