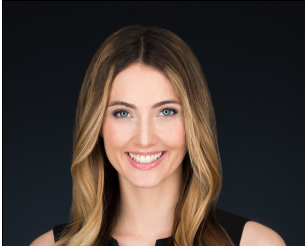 NBC News is bolstering its international reporting team by adding a new correspondent to its London bureau.

Sarah Harman is joining NBC News after nearly a decade working in Germany most recently for Deutsche Welle TV. Harman had served as an anchor of Deutsche Welle’s rolling news broadcast in Berlin since 2012. Among the stories she covered was the 2016 mass shooting in Munich.

NBC svp of worldwide news gathering David Verdi sent the below note to staff this afternoon, announcing the addition of Harman:

We are pleased to announce that Sarah Harman will be joining NBC News as a correspondent based in London, reporting across all NBC News and MSNBC platforms.

Sarah comes to us after almost a decade working in Germany – most recently for Deutsche Welle TV as an anchor of their rolling news broadcast in Berlin since 2012. In that capacity, Sarah handled major breaking news, including the 2017 German federal elections, the June 2017 London Bridge attack, the 2016 U.S. presidential election, the shooting at the Pulse nightclub in Orlando, and the Paris kosher supermarket attack. Additionally, Sarah provided live translation from German to English for a number of events including portions of Chancellor Angela Merkel’s speech for the Bonn Climate Talks in 2017.

She began her reporting career at Deutsche Welle Radio and went on to freelance for Fodor’s. She later joined Deutsche Welle TV initially as a reporter and newsroom writer, and has worked for France 24 as one of their Berlin correspondents.

Sarah graduated from Georgetown University with a degree in English and Psychology. She is fluent in German and conversant in Spanish.

Please join me in welcoming Sarah.