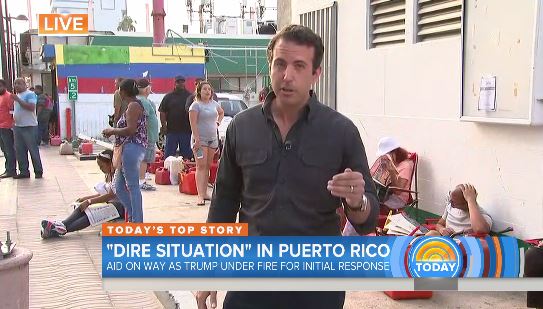 NBC News is finalizing plans to open a bureau in San Juan.

The network will rent a house where news crews will be based covering the story of the recovery after Hurricane Maria. NBC will have a full time presence for now, then periodically as the story warrants.

“The devastating effects of Hurricane Maria and the rebuilding of Puerto Rico are critically important stories that must continue to be told,” said Noah Oppenheim, NBC News president. “By establishing a presence on the ground in San Juan for the foreseeable future, NBC News is deepening our commitment to reporting on this national tragedy, and what will hopefully be Puerto Rico’s full recovery.”

NBC continues to work with its Spanish-language network Telemundo, which has its roots in Puerto Rico as WKAQ, a TV station licensed to San Juan. A permanent correspondent hasn’t been named but NBC’s Gabe Gutierrez, Gadi Schwartz and Tammy Leitner have done the most reporting for the network. Dr. John Torres, Mariana Atencio and Ron Mott have also been reporting from the U.S. territory.

The bureau will provide stories for NBC News, MSNBC and digital platforms.