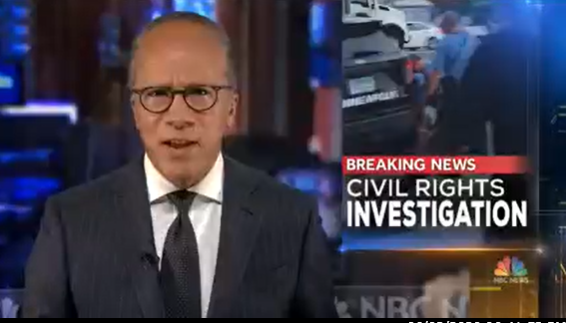 Lester Holt will anchor NBC News’ special coverage of the memorial service from Minneapolis, which will air on both the NBC TV network and on the network’s streaming news service NBC News Now.

Speaking of MSNBC, Brian Williams, the network’s breaking news anchor, will helm coverage of the memorial service starting at 2 p.m. ET on MSNBC.

ABC News will have up-to-the-minute digital coverage of the memorial service on ABCNews.com and ABC News and GMA social pages, along with live updates on the protests occurring around the country.

Davis will anchor the streaming channel’s evening news program, ABC News Live Prime, live from Minneapolis at 7 and 9 p.m. ET. Social newscast On Location will have a recap of the memorial service on Friday, exclusively for Facebook Watch.

ABC News Radio will offer live anchored coverage of the services anchored by correspondent Aaron Katersky. The coverage will feature reporting by Radio correspondents Ryan Burrow in Minneapolis and Jim Ryan in Houston. ABC News Radio will also provide an hour of live anchored coverage—instant specials—each evening this week beginning at 8:06 p.m. ET. The special coverage will include developments in the Floyd case, the latest on the protests and insight into the feelings of hurt and outrage sweeping the nation. ABC News Radio will also offer one-minute status reports at least once an hour throughout the ceremonies, adding more as news warrants. ABC Audio’s Start Here podcast hosted by Brad Mielke will also cover the service.

ABC News aired a prime-time special last night, America in Pain: What Comes Next? which was anchored by Robin Roberts, David Muir and Byron Pitts.

O’Donnell will also anchor the CBS Evening News from Minneapolis later that evening.

Telemundo also aired a prime-time news special this past Monday.

Throughout the day, live reports on the ground in Minneapolis will be provided by correspondents Mike Tobin, Matt Finn and Steve Harrigan. Additional contributions surrounding the service will be made by FNC contributors Donna Brazile and Lawrence Jones, as well as Rep. Will Hurd (R-Texas), who recently marched in Houston, in honor of Floyd, among others.

Fox News Digital will stream the service live on FoxNews.com while Fox News Audio will provide coverage across all platforms, including Fox News Headlines 24/7, smart speaker hourly updates and reporting on the Fox News Rundown podcast.

Univision’s Viviana Ávila will report live from the university, and the network will also have correspondents reporting about possible protests in the cities that have experienced major mobilizations, including Washington D.C., Los Angeles and Nueva York.

Then on Friday, PBS NewsHour will present an hourlong special, Race Matters: America in Crisis. The program will premiere on PBS stations nationwide on Friday at 9 p.m.

Race Matters: America in Crisis will focus on the frustration pouring out onto American streets, outrage about police brutality, and America’s deep systemic racial disparities in the economy, education, criminal justice and healthcare, especially during the Covid-19 pandemic. The program will also include grassroots voices from around the country and roundtable conversations of thought leaders, newsmakers and experts.