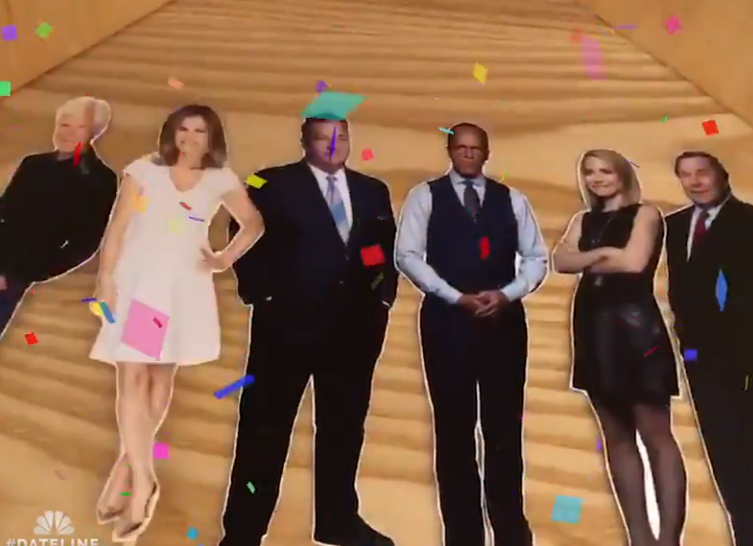 Natalie Morales is joining Dateline NBC full-time as a correspondent.

The network announced the news this afternoon, just hours before this evening’s new episode.

Morales has contributed reporting for the newsmagazine in the past, but Dateline viewers will see her even more frequently going forward.

We have a BIG announcement for you.@NMoralesNBC is joining the #Dateline team!
Please join us in welcoming her to the family… pic.twitter.com/aXldTun9hk

Morales will continue her role as Today show’s West Coast anchor, in addition to this new role as a correspondent for Dateline.

Morales joined MSNBC in 2002 as a correspondent, and then moved to Today four years later as a national correspondent. She was named co-anchor of the third hour of the show in March 2008. In May 2011, it was announced that Morales would replace Ann Curry as news anchor for Today, when Curry succeeded Meredith Vieira as host of Today in June 2011.

In May 2016, it was announced that Morales would be moving to Los Angeles to host Access Hollywood, swapping roles with Billy Bush, and was also named Today’s West Coast anchor. In 2019, Morales left Access Hollywood and has maintained her spot on Today.