NEXT:Wednesday, July 28 Scoreboard: Tucker Carlson is No. 1 Across All of Cable
PREVIOUS:Thursday, July 29 Scoreboard: Fox on Top, CNN No. 2 in Demo, MSNBC Second in Total Viewers 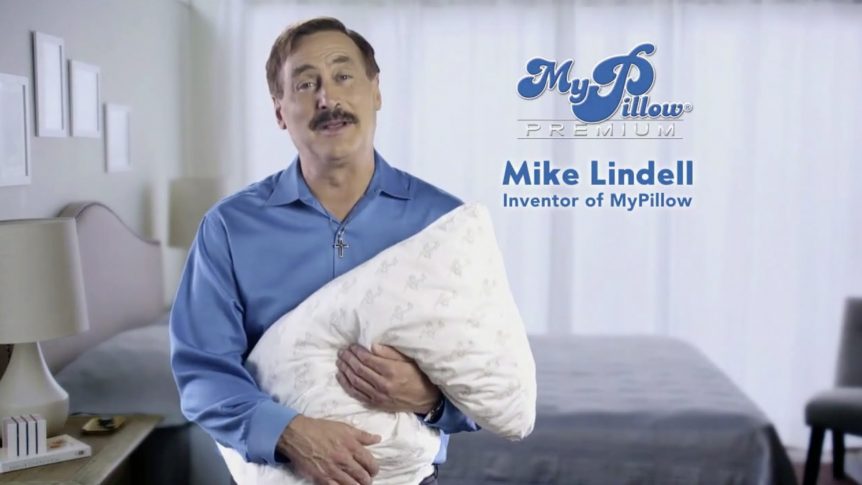 One of Fox News Channel’s biggest advertisers, MyPillow, said it will pull its ads from the network in retaliation for Fox News’ refusal to run a new spot tied to unproven claims of fraud in the 2020 presidential election.

MyPillow CEO Mike Lindell told the Wall Street Journal that he has informed his buyer to remove advertising from the network as a result of the dispute.

Fox News confirmed Lindell’s decision Tuesday night, telling TVNewser in a statement, “It’s unfortunate Mr. Lindell has chosen to pause his commercial time on Fox News given the level of success he’s experienced in building his brand through advertising on the No. 1 cable news network.”

The disputed spot, Lindell told the Journal, was about a cyber symposium that he will livestream in August. While the ad didn’t specifically address election fraud, Lindell has claimed previously that the symposium will prove that election machines were manipulated, thus stealing the election for Donald Trump.

Lindell has been among the most vocal personalities spreading theories—all of which have been widely debunked—that Trump won the presidential election, but the victory was stolen due to widespread fraud.

If Lindell goes through with the move, and indeed takes his ads off the network, it could be a big blow to Fox News’ bottom line. MyPillow is one of the network’s top advertisers, according to data from iSpot.tv, airing 993 spots in the network’s primetime lineup this year, more than any other brand.

Of those, 546 spots aired on Tucker Carlson Tonight, the most-watched show on cable, which counts MyPillow as its top sponsor.

This is far from the first time that advertisers have pulled their spots from Fox News, though that usually occurs following controversy involving one of its primetime hosts, like Carlson or Laura Ingraham. Fox News has said in the past that those boycotts have little effect on the company, because they are either temporary or advertisers do not leave the network entirely, but instead move their media buys to other shows and dayparts.

But the MyPillow dispute is a different matter, given that those spots—many of which feature Lindell—are as much of a primetime Fox News staple as the shows themselves.

Lindell told the Journal that he spent nearly $50 million on Fox News last year and around $19 million this year.

Fox News’ standoff with Lindell occurs as the network is fighting a pair of lawsuits—totaling more than $4 billion—from voting machine manufacturers Smartmatic and Dominion Voting Systems, who each allege Fox News claimed their companies had rigged the 2020 presidential election in order to boost the network’s ratings.

Fox News has moved to dismiss both lawsuits, calling them efforts to “stifle the media’s free-speech right to inform the public.”