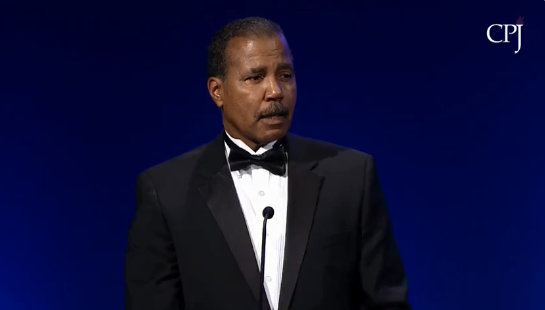 The Committee to Protect Journalists held its annual International Press Freedom Awards ceremony last night in New York on what has a pretty stunning day for journalism community.

“I think we we heard today that our contracts and our money trump our principles,” 60 Minutes correspondent Bill Whitaker –who emceed the event– told attendees.

The CBS Newser was referring to President Trump siding earlier in the day with Saudi Arabia, even after the CIA concluded that the Saudi Crown Prince Mohammed bin Salman ordered the murder of Washington Post columnist (and U.S. resident) Jamal Khashoggi.

There was an empty chair for Khashoggi at one of the tables.

“We all know that China has become the model of online news censorship. In neighboring Vietnam, they’ve copied that model. Independent journalism is almost impossible in the mainstream media so Vietnamese who want to report truth are forced to blog. The authorities come after them too,” Holt noted in his introduction of Quynh. 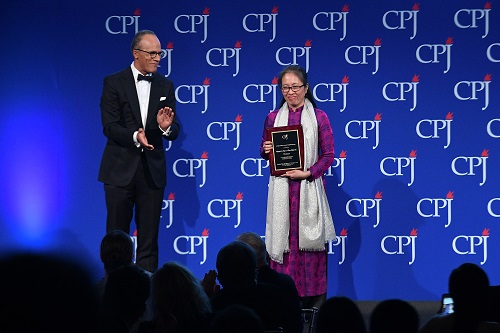 Quynh is one of Vietnam’s most prominent independent bloggers, and was recently released from prison where she had been held since October 2016 on charges connected to her coverage of issues censored by state-controlled media, including official land-grabbing, environmental degradation, and police brutality. She also helped found the Network of Vietnamese Bloggers, a group of independent journalists who banded together to call for press freedom.

The two met earlier in the day inside Holt’s office at 30 Rock. 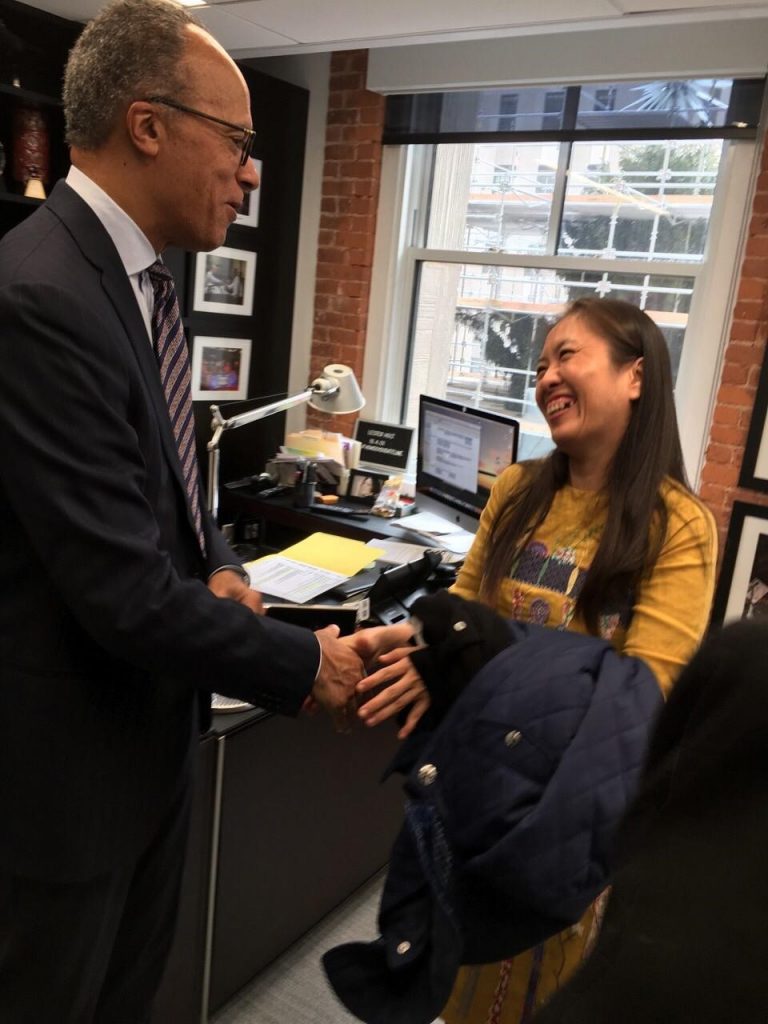