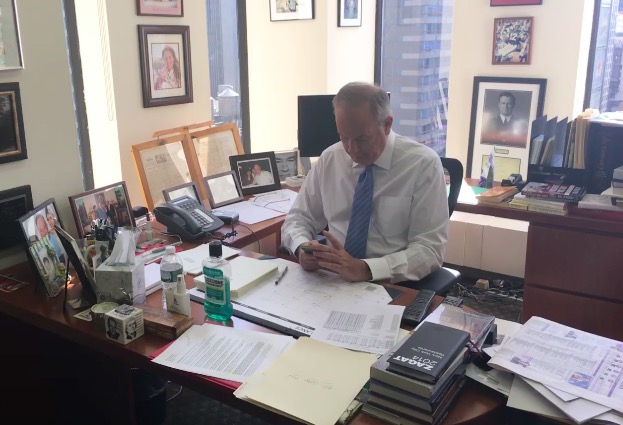 New York Magazine, the New York Times, and the Wall Street Journal are among the news outlets reporting, with varying degrees of certainty, that Bill O’Reilly will not be returning to Fox News.

The latest report, published just before 10 p.m. ET in The Wall Street Journal, cites “people close to the situation” that “a final decision on Mr. O’Reilly’s fate could come as early as the next several days.” Fox News chairman Rupert Murdoch would ultimately make the decision, along with his sons James and Lachlan who are CEO and co-chairman, respectively, of Fox News’s parent company.

Not long before the Journal published its story, The New York Times reported that “according to three people briefed on discussions about his future…Mr. O’Reilly’s fate at the network is expected to be discussed on Thursday at a board meeting for Fox News’s parent company, 21st Century Fox.”

But the drumbeat began much earlier today when New York Magazine reported “the Murdochs are leaning toward announcing that O’Reilly will not return to the air.” T

Earlier tonight, CNNMoney reported, “Fox News will no longer even respond to questions about whether Bill O’Reilly will return to his show.”

Drudge, too, has had headlines splashed on his site for much of the day.

Filing in on The O’Reilly Factor tonight, Dana Perino twice mentioned O’Reilly was on vacation, at the start of the show and again as she signed off.

In O’Reilly’s departure the network will lose its biggest star who hosts the most-watched cable news program on TV. But following a report earlier this month that O’Reilly and Fox had paid 5 women $13 million dollars to settle harassment claims, advertisers began bailing on the program. Prior to his vacation, during one episode, the one-hour show had just 4 minutes and 40 seconds of commercials. The O’Reilly Factor averaged around 14 minutes each hour during the first quarter of this year.

That quarter also happened to be O’Reilly’s most-watched ever.