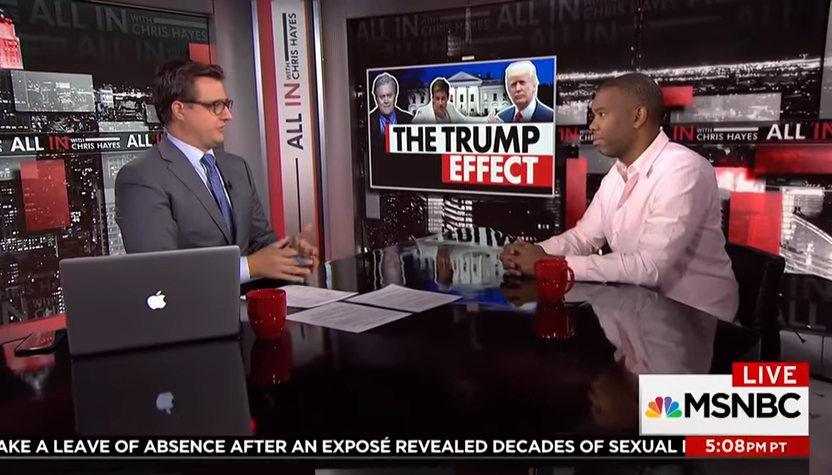 In 2017, MSNBC was the most-watched cable network among African-Americans in weekday prime time.

Per Nielsen, the network averaged 483,096 African-American viewers across its weekday prime time programming of All In With Chris Hayes, The Rachel Maddow Show and The Last Word With Lawrence O’Donnell.

That’s a larger total than CNN, VH1, ESPN, OWN, TNT and BET.

CNN, the only cable news network where an African American hosts a regularly-scheduled prime time program (Don Lemon), ranked No. 8 in African-American viewership across cable in 2017, and grew +5 percent over 2016.

Joy Reid occasionally subs in for Hayes, Maddow and O’Donnell in weekday prime time, and hosts her own show AM Joy on weekends from 10 a.m. – 12 p.m. ET. The Rev. Al Sharpton hosts Politics Nation, Sundays at 8 a.m. ET.