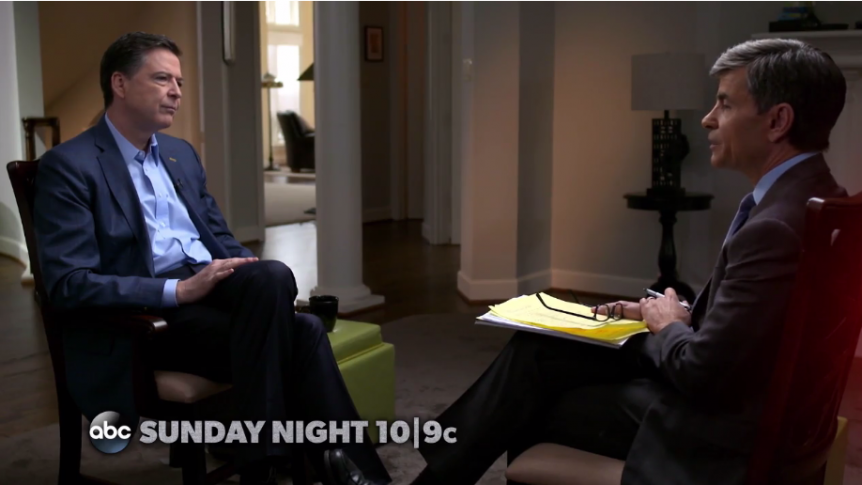 It looks like the highly anticipated interview between former FBI director James Comey and ABC News chief anchor George Stephanopoulos that will air on Sunday night is getting a nice lead-in.

The cable news network is presenting a special edition of its Headliners series on Sunday at 9 p.m. ET, and it will focus on the life and career of the former FBI director. Chris Matthews will narrate the special.

Not to be outdone, Fox News is airing a James Comey special Sunday at 9 p.m. as well. Hosted by The Revolution host Steve Hilton, The Trial of James Comey will explore the actions of then-FBI Director alongside a panel of legal experts. They include: retired Harvard law professor Alan Dershowitz, former prosecutor and The Five co-host Kimberly Guilfoyle, FNC legal analyst Gregg Jarrett and more.

Politico reports that the Comey-Stephanopoulos interview lasted a whopping 5 hours. If accurate, ABC News has more than enough material than it can possibly fit into an hour-long special.

The question becomes: What will the network do with the additional footage?