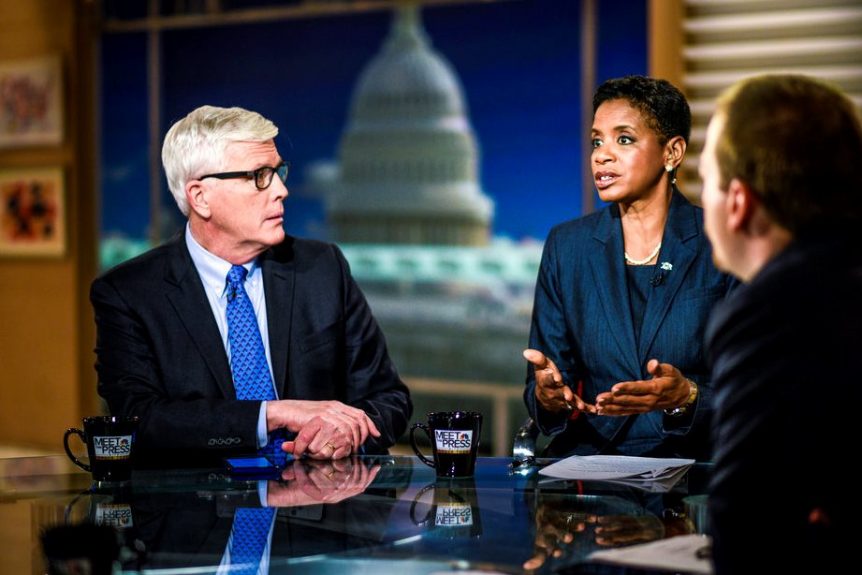 MSNBC has taken action against Hugh Hewitt, a conservative radio host, columnist, and host of a weekend morning show on the NBC network.

Hewitt has been under fire for not disclosing his business connections to embattled EPA chief Scott Pruitt.

“Hugh Hewitt disclosed several times to MSNBC viewers that he has a friendship with EPA Administrator Scott Pruitt and also that Hewitt’s son works for the agency. As a result of those relationships, Hewitt stopped discussing EPA-related matters on MSNBC. However, after the network learned Tuesday that Hewitt set up an EPA meeting in the fall, he was given a verbal warning as such activity is a violation of our standards.”

The news of Hewitt’s connection to Pruitt was revealed in a series of emails obtained by environmental group The Sierra Club using a Freedom of Information Act request.

Hewitt emailed EPA associate administrator Tate Bennett in September 2017 about setting a meeting with Pruitt. “The Administrator is looking forward to catching up with you and we will process this other request,” Bennett responded. Hewitt told Milan Hupp, Pruitt’s scheduling director, that he would call “re dinner with the Pruitt’s and Betsy [Hewitt] and me.”

Hewitt’s colleagues at Larson O’Brien would go on to meet with the EPA in October 2017, and six weeks after that meeting, the Orange County North Basin site that Larson O’Brien represents appeared on Pruitt’s list of 21 contaminated areas to address.