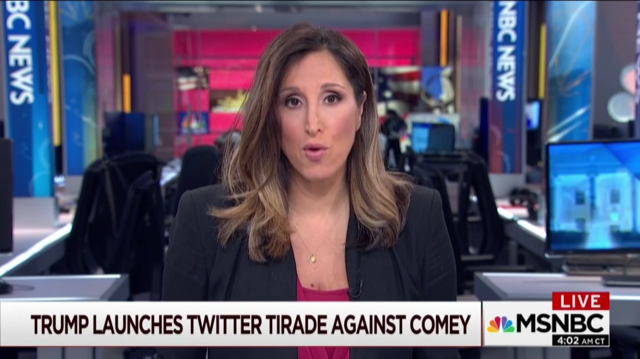 If you turn on MSNBC Monday, you may notice something missing from the bottom of the screen: The scrolling news ticker.

MSNBC has decided to remove its ticker indefinitely, with a network spokesperson telling us:  “We’re removing the scrolling ticker at the bottom of the screen for a cleaner view that puts our reporting more front and center. As a network, we focus on up-to-the-minute breaking news showcasing our team’s smart reporting and in-depth analysis, and we want viewers to get the best possible experience.”

The cable news networks have tinkered with their lower third portions of the screen for years.

Ubiquitous after the 9/11 attacks, by 2008 CNN moved the logo from lower left to lower right, and added the “Flipper.”

“It’s easier to read, understand and absorb the information,” former CNN svp Bart Feder said at the time. In 2013, CNN dumped the “flipper” and reverted back to the scrolling news ticker.

Fox News dayside did away with the ticker several years ago. Prime time programs still use it, starting at 7 p.m. ET.