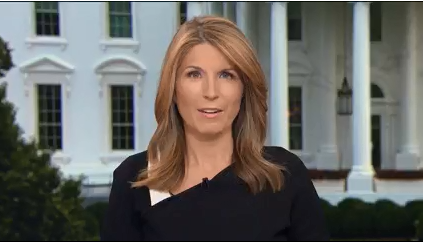 The worse the news is for President Trump (Michael Cohen & Paul Manafort), the better the ratings are for MSNBC. Especially in prime time.

Nielsen ratings for the entire calendar week (Monday – Sunday) will be released tomorrow, and it’s very possible that Fox News and CNN move past MSNBC for the week, considering the latter network’s lack of original programming on weekends in prime time (with the exception of Kasie DC from 7 – 9). Fox News and CNN, on the other hand, air original programming on weekends in prime time.

That report will publish tomorrow.

Her Tuesday broadcast was the show’s second-most-watched ever.

The 11th Hour with Brian Williams won his time slot across the board. The program averaged nearly 2.1 million viewers last week, MSNBC’s best-rated regularly scheduled program at 11pm in the history of the network.

MSNBC Live with Ali Velshi at 3pm and Deadline: White House at 4pm were each No.1 in total viewers during their respective hours, with the former averaging 1.2 million total viewers, and the latter averaging 1.7 million viewers. For Deadline, hosted by Nicolle Wallace, the week of Aug. 20, 2018 was the show’s most-watched week on record.

Morning Joe averaged 1.27 million viewers last week, its largest average audience in the program’s history, while The Beat with Ari Melber set a new average total audience record of its own (1.7 million viewers).