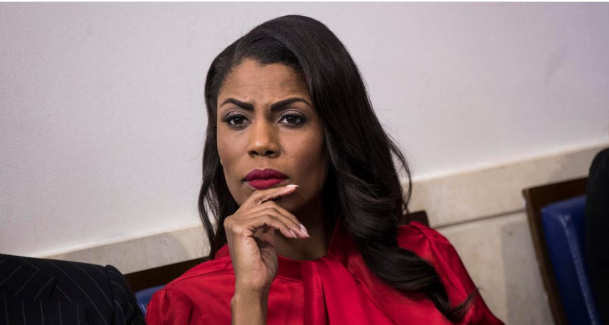 According to the left-leaning media watchdog Media Matters, over the seven-day period of Thursday, Aug. 9 – Wednesday, Aug. 15, CNN, MSNBC, and Fox News spent a combined 34 hours and 28 minutes covering Manigault Newman and all of the headlines she was able to generate.

Coverage of Manigault Newman and her new book started slowly but surely on Thursday by both CNN and MSNBC. But cable news coverage kicked into high gear over the weekend, and into Monday after Manigault Newman appeared on Meet the Press Sunday, then Today show, MSNBC, CBS This Morning and PBS on Monday and Tuesday to promote the book and play excerpts from the audio tapes she had made.

President Trump tweeted about Omarosa’s broadcast and cable news appearances, which influenced cable news to talk about her even more.

According to a Media Matters study, MSNBC, whose parent network NBC got a package deal of interviews with the former White House staffer, had the most coverage, spending almost 16 hours discussing or interviewing her. CNN was second, with 13 hours of coverage, and Fox News devoted 5.5 hours of coverage to discussing Manigault Newman. 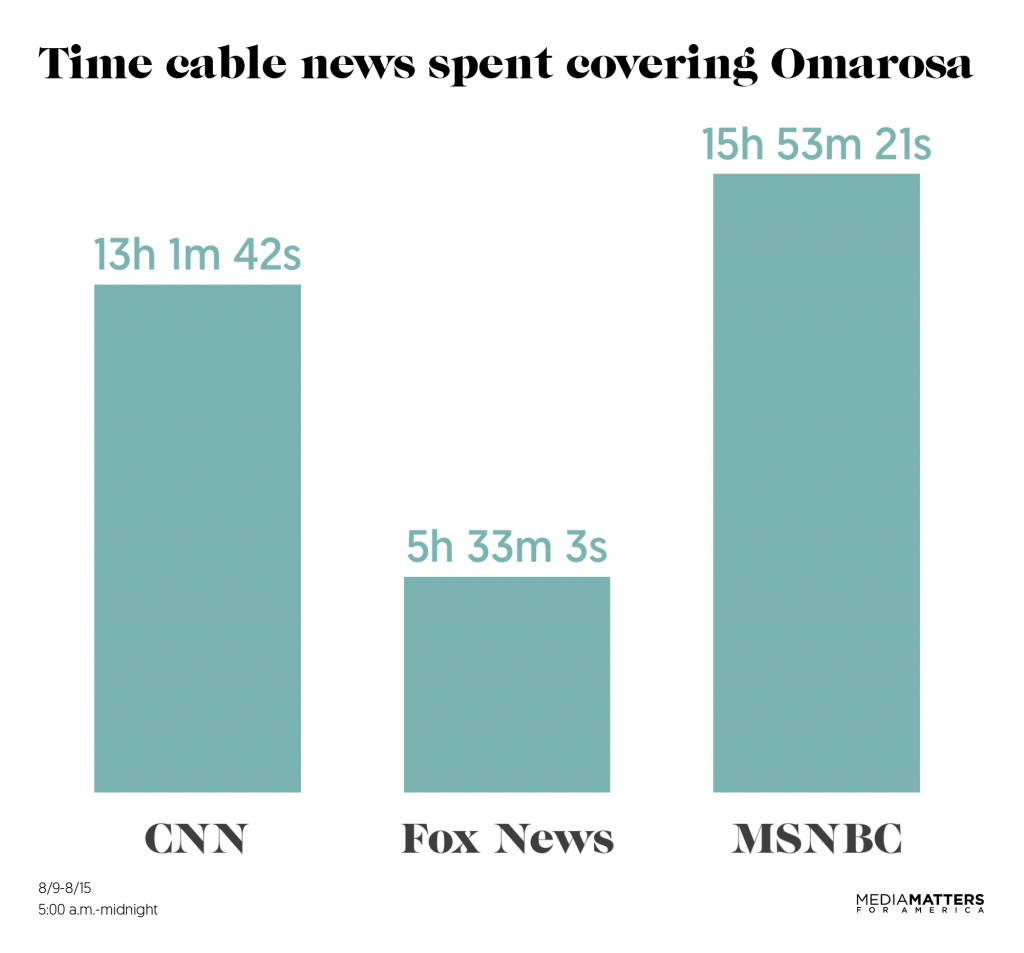 An argument can be made that perhaps TOO much time was spent talking about Omarosa.

There were a number of other stories of national interest out there, including the upcoming Supreme Court confirmation hearings of Judge Brett Kavanaugh, the ongoing family separation issue at the U.S.-Mexico border, and Housing and Urban Development secretary Ben Carson’s attempt to roll back an Obama-era rule aimed at curbing housing segregation.

According to the Media Matters study, discussions about Judge Kavanaugh accumulated fewer than two hours of coverage across the cable networks between Aug.9 through Aug. 15. Fox News had the most coverage, with 54 minutes devoted to Kavanaugh. MSNBC spent nearly 40 on Kavanaugh while CNN covered Kavanaugh for 10 minutes.

The continued family separation crisis at the border received just over one hour of coverage in the same 7-day period. MSNBC devoted 45 minutes of coverage to the crisis  – which has been led by Jacob Soboroff  – CNN spent 18 minutes discussing the separated families, and Fox News gave 5 minutes to the issue.

Now, it’s important to note that this study ended before the passing of music icon and Rock and Roll Hall of Famer Aretha Franklin. Cable news has spent a significant amount of time over the past two days covering her passing. This is an important national (if not global) story too.

Media Matters researchers searched the Snapstream video database from August 9 , to August 15, looking at the three major cable newsers  – CNN, Fox News, and MSNBC  – for 5 competitive stories that broke or had significant updates at the beginning of the period studied:

Here’s how the coverage of the aforementioned stories broke down on each of the “big three,” broken down by hours, minutes, seconds.

Here’s how Media Matters came up with those numbers:

For each transcript found, we timed only the relevant speech for each story. We included all mentions, teases, segments, panels, and interviews that fully or partially touched on any of these five stories, including during shows that were being reaired.