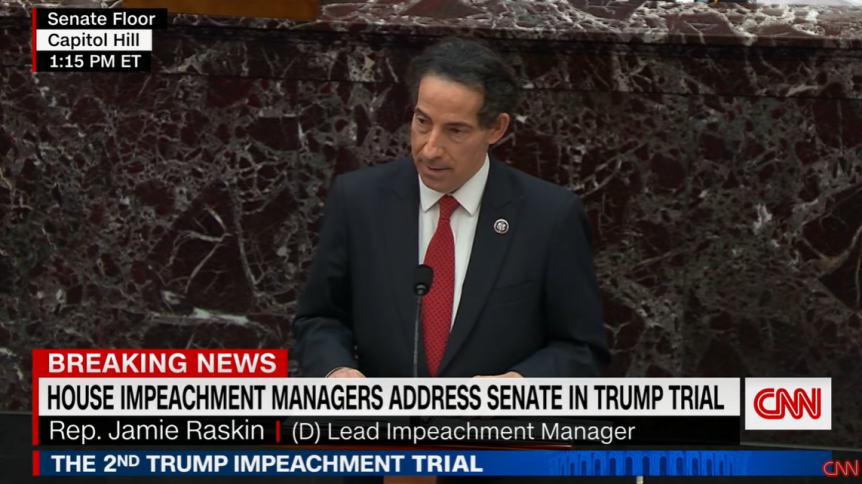 CNN and MSNBC were the top-rated news networks across broadcast and cable when it came to day one coverage of the 2021 Senate impeachment trial of former President Trump.

According to fast national data from Nielsen, CNN averaged the most adults 25-54, while MSNBC averaged the largest total audience,

From 1-5:15 p.m. ET, CNN averaged 594,000 adults 25-54, more than MSNBC, ABC, CBS and Fox News. MSNBC averaged nearly 2.9 million total viewers in that same time period (ABC and CBS went on slightly earlier), more than CNN, Fox News, ABC and CBS in that order. NBC also aired impeachment coverage Tuesday afternoon, but its Nielsen ratings have not been made available as of now.

What do these figures look like compared with the first Trump impeachment trial, back in 2020?