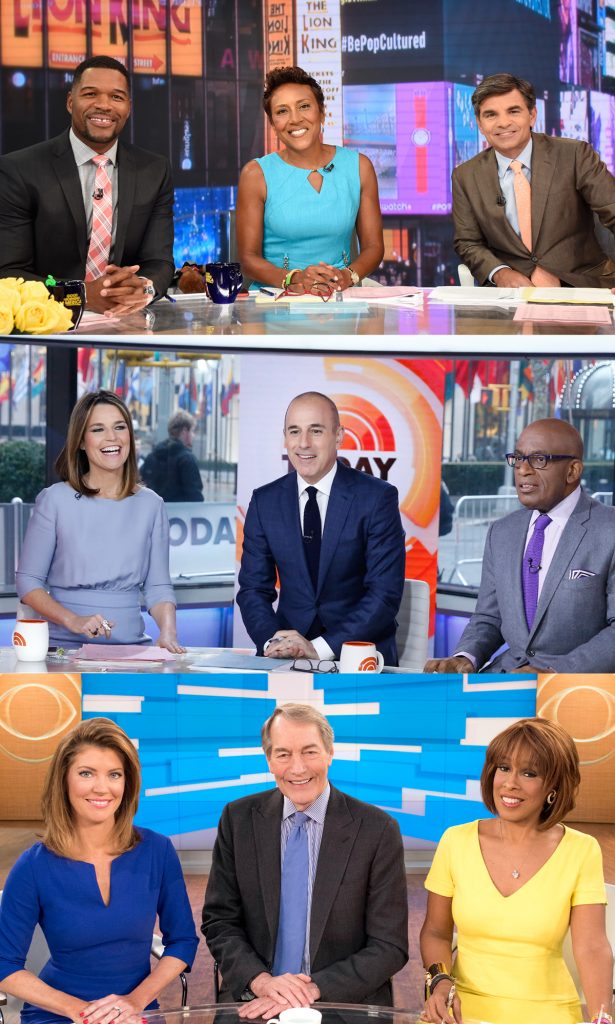 The broadcast morning shows performed relatively well during the week of Nov. 6, 2017 versus the comparable Nielsen week in 2016 (the majority of the U.S. turning back the clock may have helped), but they were still down in A25-54 audience.

Good Morning America once again finished the week No. 1 in total viewers, and also went on to draw its largest total audience in 8 months (since week of March 6). And while GMA remains No. 2 among younger news consumers, the program managed to cut its year-over-year gap in the news demo this past week by -58 percent.

But GMA was -1 percent in total viewers, and -8 percent among A25-54 viewers from last year.

Another week, another win for Today show among younger news consumers. Not only did Today rank as the go-to morning show in the news demo (98 consecutive weeks), but it also managed to finish No. 1 across the board on Friday.

Despite the program’s continued dominance in the demo, it was -15 percent among adults 25-54 versus last year. The show was -1 percent in total viewers.

Despite a third place finish, CBS This Morning was the sole broadcast morning show to post year-over-year total viewer growth (+10 percent). It was -3 percent in the news demo from last year.

The morning show averages for the week of Nov. 6: