NEXT:Evening News Ratings: Week of August 7
PREVIOUS:'The Mooch' Scores for CBS, Not So For ABC 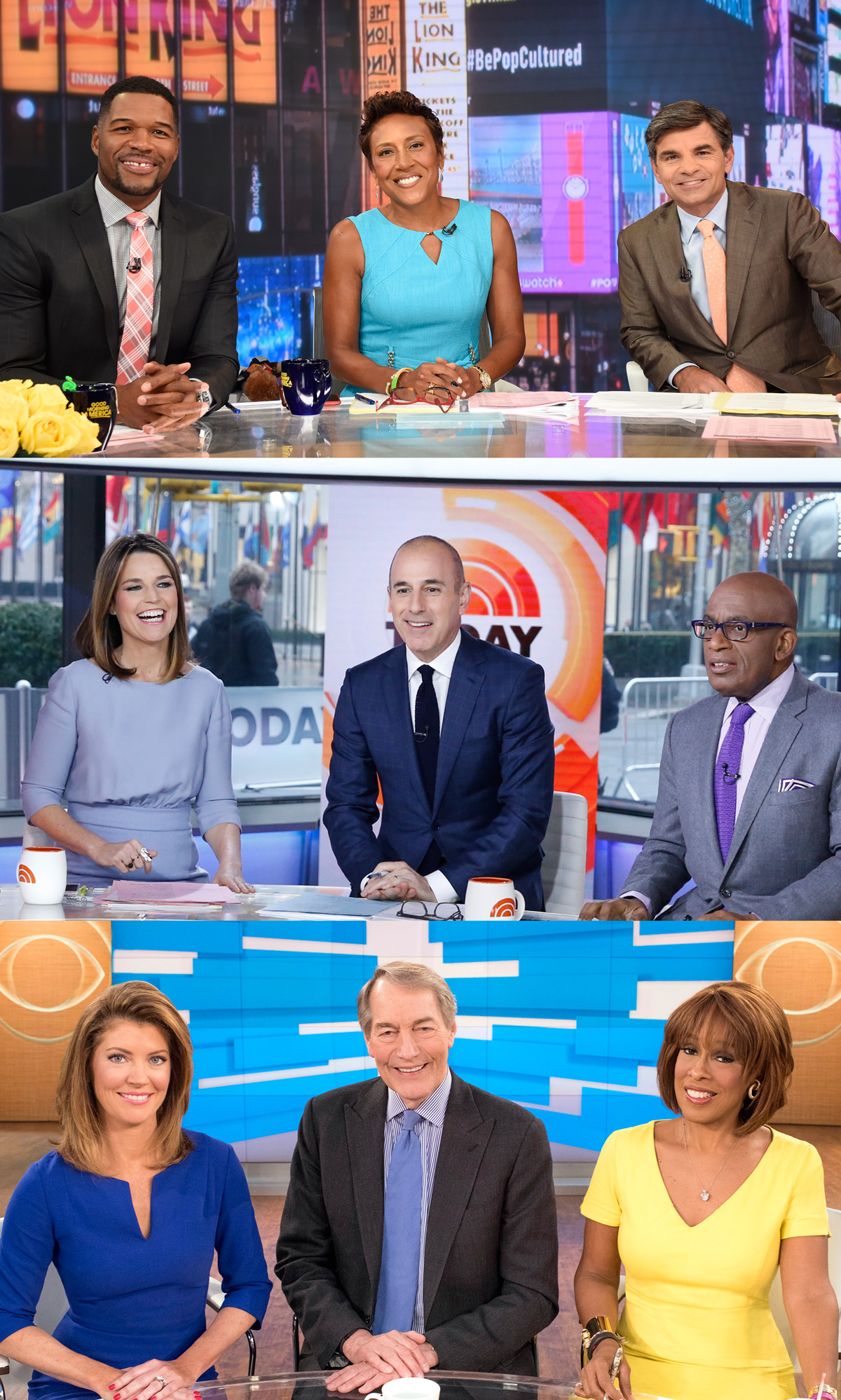 No change in the morning show ratings hierarchy this past week. Good Morning America was tops for the week among total viewers, while NBC’s Today remains No. 1 among viewers from the key A25-54 demo.

With yet another total viewers win, GMA is now leading Today by 202,000 this year to-date to take the top spot in this point of the season for the 5th consecutive year. ABC’s morning show has also increased its total viewer lead over its rival from last season by +9 percent. That said, the program continues to post year-over-year audience declines, -2 percent in total viewers and -6 percent in the demo from the same week in 2016.

With yet first place finish, Today has now been the No. 1 morning show among adults 25-54 for 101 of the past 102 weeks, and for 85 consecutive weeks. Today has also increased its A25-54 advantage over GMA by +19 percent versus last season. NBC’s morning show fell double digits from the comparable week last year. That was the opening week of the NBC 2016 Rio Games, which traditionally provides Today with a larger-than-normal viewing audience.

CBS This Morning remains third in the key categories. The show was -1 percent in total viewers, but -10 percent in the key demo from last year. With the program’s signature trio now back at the table together for the first time in weeks, perhaps ratings will rise.