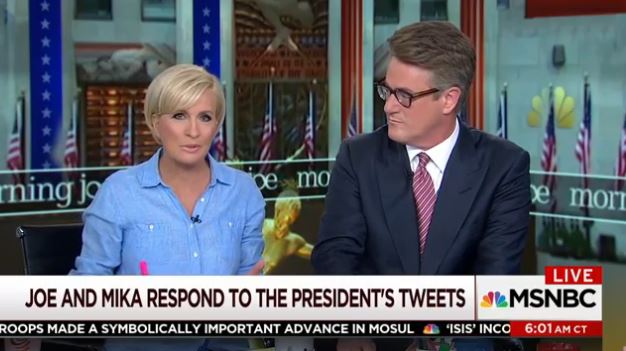 Viewers flocked to MSNBC’s Morning Joe this past Friday to see co-hosts Mika Brzezinski and Joe Scarborough address the personal attacks on them made by the President of the United States the previous morning.

Morning Joe co-host Willie Geist opened Friday’s broadcast by saying that his fellow co-hosts were supposed to have the day off, but that they decided to appear on the episode to address the matter during the 7 a.m. hour.

“They stayed home to lay low and I called and asked them to come in this morning to address this, to talk about the tweets and the reaction to them so they agreed to do so,” Geist said. “I suspect we have some new viewers this morning.”

Friday’s ratings have arrived, and Morning Joe was the No. 1 cable news morning show on the day in all relevant metrics, including among adults 25-54 and total viewers. This is an extremely rare achievement for the program. Fox News’s Fox & Friends has dominated the time period for years, but slipped to second place on this particular morning. CNN New Day finished a distant third.