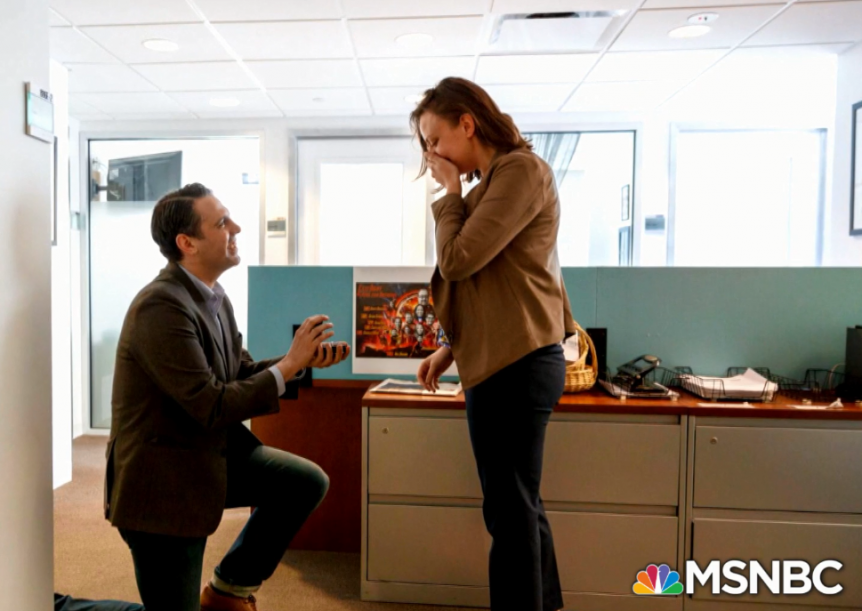 Here’s a happy, non-ratings story on a sunny Tuesday.

According to Hallie Jackson, who announced the news during the 11 a.m. hour of MSNBC Live, Bohrer and Giannoti met five years ago today in an office that’s now home to Late Night with Seth Meyers. So it was only apropos that Bohrer get down on one knee and propose at the same spot.

It was an absolute honor to make up a story to get @tmgianotti to our old MSNBC offices/current Late Night offices so @JRBoh could propose where they first met. Congrats! https://t.co/yK9VLYKWuw