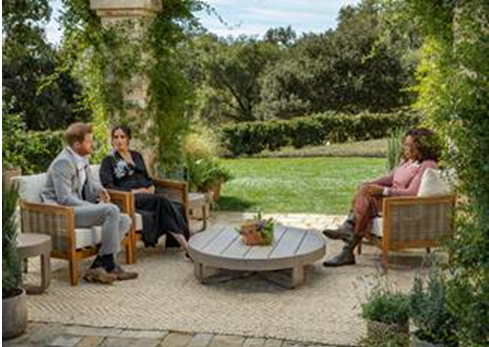 Remember when Barbara Walters or Diane Sawyer would sit down with a well-known celebrity or newsmaker for a highly promoted prime time special?

These interviews, which attracted tens of millions of viewers, were billed as “big event TV.” Yet, we’ve been seeing far fewer of these planned prime time network specials in recent years. Nature of the business, perhaps.

Despite the decrease, Americans apparently still have a yearning for the highly-promoted long-form interview special. Case in point: Oprah Winfrey‘s interview special on CBS with Prince Harry and Meghan Markle, the duke and duchess of Sussex, earned an average of more than 17.1 million total viewers Sunday, per preliminary Nielsen data. The special aired from 8-10 p.m. ET on CBS, and it will air in the U.K. at 9 p.m. local time on ITV.

Outside of the post-Super debut of CBS’ The Equalizer, Oprah with Meghan and Harry is the most-watched non-sports telecast of the broadcast season to-date, even outperforming the Emmys and Golden Globes. In fact, it was the largest prime time audience for any entertainment special since the Academy Awards on Feb. 9, 2020. The 17.1 million total will only increase as final data trickles in, and it’s a solid number in an era of cord-cutting, time-shifting, and video clip-sharing on social media. It was CBS’ most-live-streamed event outside of the NFL and Super Bowl Sunday this season.

The average total audience for Oprah with Meghan and Harry is up from Sawyer’s 2015 sit-down with Jenner, pre-transition. That 20/20 ABC special earned roughly 16.9 million viewers, per Nielsen data.

Needless to say, Prince Harry and Meghan was a huge get, both for Oprah and also for CBS.

For Winfrey, this interview has to rank up there with her legendary 1993 sit-down with the late Michael Jackson. “The King of Pop” hadn’t given an interview in 14 years. The event was broadcast live from Jackson’s Neverland Ranch and was watched by a reported 90 million people worldwide, 62 million of whom were watching in the U.S on ABC.