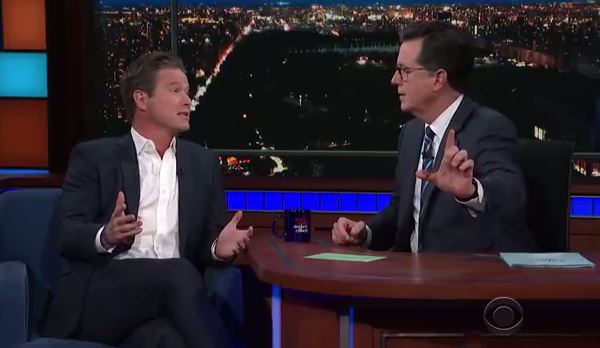 Billy Bush‘s appearance on The Late Show with Stephen Colbert gave the CBS late night show some of its best ratings ever.

In the Nielsen metered market overnight ratings, Colbert averaged a 3.1 / 8 share, tying for the best-ever Monday night broadcast, since August 14 when Anthony Scaramucci was Colbert’s guest.

The 3.1 rating also ties three other nights as the show’s highest local rating on any night since premiere week in September 2015.

This was Bush’s first interview since his dismissal by NBC last October following the release of the Access Hollywood tape. He said Matt Lauer, himself fired last week, tried to protect Bush’s role at NBC.

“How do you feel about NBC firing you?” Colbert asked.

“It was a difficult time. It was very hot emotionally in the country,” said Bush. “But my boss, months later, said publicly I think we may have moved a little quickly.”