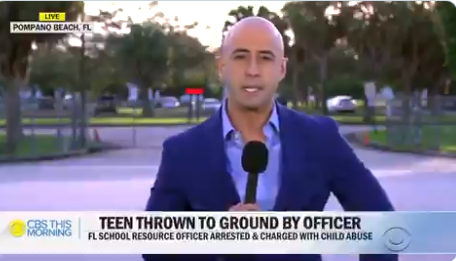 Lenghi reported across all programs and platforms for CBS News, including CBS Mornings, CBS Evening News and the digital streaming service CBS News Streaming. He’s been with CBS since he joined in 2017 as a Washington, D.C.- based correspondent for CBS Newspath.

“During his tenure at CBS, Mola reported on hard-hitting stories such as the NYC subway shooter; the assassination of Jovenel Moïse, the president of Haiti; the deadly protests in Kenosha, Wisconsin; and the sexual abuse case against and death of Jeffrey Epstein,” Godwin writes. “He also covered all aspects of the COVID-19 pandemic, including hotspots in New York and around the country, the mental health toll of the pandemic on first responders and the rollout of vaccines and boosters.”

Prior to CBS, Lenghi reported for WUSA-TV in D.C. He also spent two years as a reporter at KXAS-TV in Dallas-Fort Worth and began his broadcasting career at WPDE-TV in Myrtle Beach, S.C.

“Mola is an incredibly talented journalist with a passion for investigating and reporting crucial stories. I am delighted he is joining our ABC News family,” Godwin added.