NEXT:Scoreboard: Tuesday, May 2
PREVIOUS:Networks Break in For Passage of Republican Health Care Bill 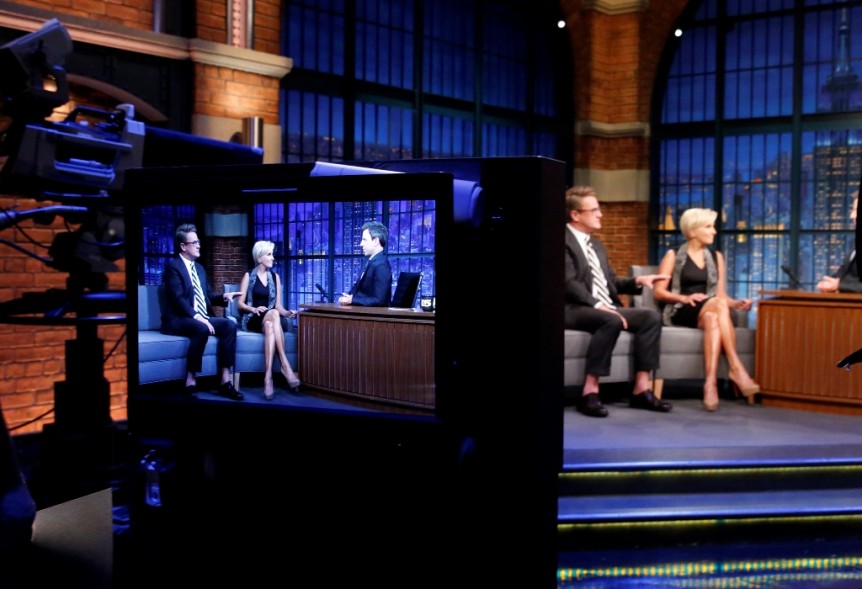 A decade after pairing up on air, Mika Brzezinski and Joe Scarborough are pairing up ’til death do them part.

We’re told Scarborough, 54, got down on one knee and proposed at the scenic Bar Bellini at the Hotel du Cap-Eden-Roc in Antibes, which has a breathtaking moonlit outdoor terrace overlooking the Mediterranean Sea. A source told us, “Joe got down on one knee and proposed old-fashioned-style with a ring. Of course, Mika accepted. They came back from the trip on Cloud Nine.” The source added, “There are no wedding plans as of yet, they are just telling their families the happy news.”

We’ve told this story before, but bears repeating today:

10 years ago Mika, in her second stint at MSNBC, was anchoring prime time cutins, including during Scarborough Country. The two hadn’t met, but Joe was intrigued when a friend told him that Mika was poking fun at him, when she read, in jest, “And now back to Scarborough Country.” But months later they would be paired for a trial run in the morning to replace Imus in the Morning which had been canceled in April, 2007.

Scarborough has been divorced since 2013. Brzezinski and her husband split in 2015. The couple shared these engagement pictures with Vanity Fair. 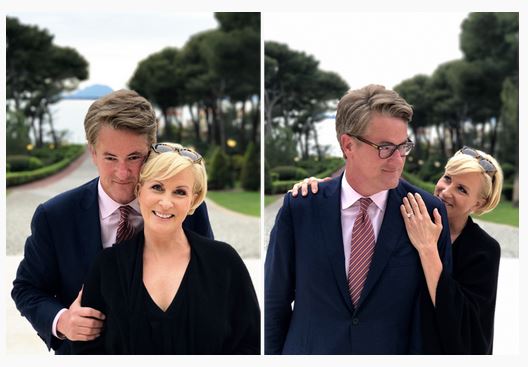