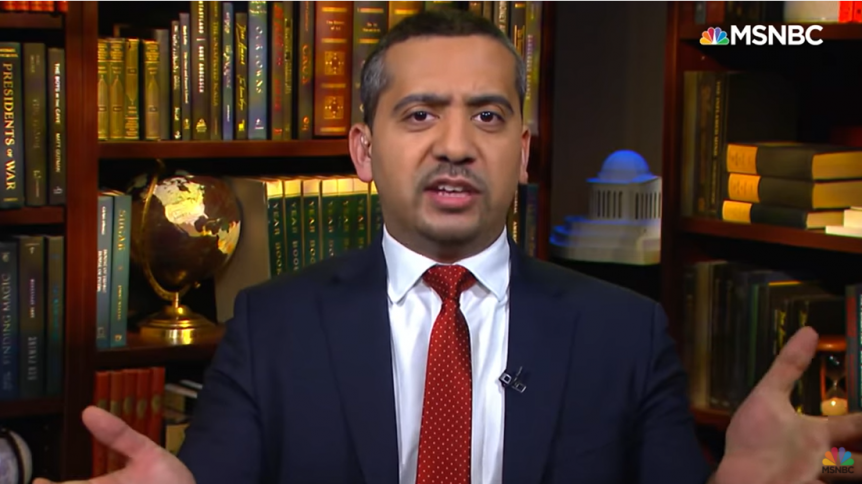 Progressive host Mehdi Hasan announced on his Twitter feed Thursday morning that he is bringing his nightly streaming news program to MSNBC on Sunday nights.

In addition to continuing to air on NBC’s streaming platform Peacock, The Mehdi Hasan Show will now air Sunday nights at 8 p.m. ET on the linear cable news network.

The @MehdiHasanShow is heading for @MSNBC.

I’ll be hosting my nightly show not only on @peacockTV but also hosting it on @MSNBC every Sunday night, live from 8pm Eastern.

Do please tune in, starting this Sunday, Feb 28th.

Hasan, a former Al Jazeera host-turned MSNBC contributor, debuted his show on Peacock last October.  Before earning his own streaming program, Hasan had been a frequent guest host on All In With Chris Hayes.

MSNBC consistently finishes a distant third on Saturday and Sunday evenings behind Fox News and CNN. The network gave Alicia Menendez and Joshua Johnson their own MSNBC weekend evening shows last September, but that hasn’t seemed to move the needle all that much. Perhaps Hasan’s presence can give the network a jumpstart in the hour.

Johnson had been anchoring 8-10 p.m. ET time period on Saturdays and Sundays. He will continue to anchor two hours on Saturdays, and just one hour on Sundays.